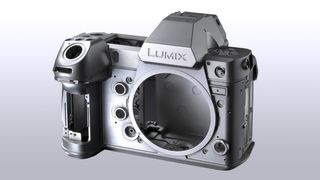 With 2020 well underway, the camera rumors have now hit hyperdrive as all the major manufacturers shift up to second gear for the year ahead – and all the usual leaks and tip-offs have started trickling through.

With this being an Olympic year, we've already seen the big players show their stuff when it comes to the best professional cameras, whether it's the Canon EOS-1D X Mark III, the Nikon D6, the Sony A9 II or the Olympus OM-D E-M1 Mark III. However, there are more pro-spec bodies on the horizon this year – such as the Canon EOS R5, which will be making its public debut at The Photography Show in the UK in March.

Indeed, the R5 promises to truly disrupt the industry thanks in large part to its 8K capabilities – and it's far from the only new piece of tech that has the potential to seriously shake things up this year.

So, exactly what exciting new kit are we going to see in 2020? We’ve rounded up all the reports and rumors that are most likely to come true, and also thrown in our own predictions as to what we may be seeing from the major players as the year rolls on…

Canon is holding true to action points from its recent financial reports, and seems to be consolidating many of its DSLR offerings to concentrate on a more mirrorless-focused future.

After plenty of speculation, the Canon EOS R5 has been officially announced – and the camera will make its public debut at The Photography Show in March. However, while Canon confirmed some key specs – including 8K video capability, in-body image stabilization, dual card slots and 12fps mechanical / 20fps electronic burst shooting, some critical details are still under wraps.

Firstly, the sensor. We believe the reports that the Canon EOS R5 will have a 45MP sensor, putting it on a par with the likes of the Nikon Z7 and Panasonic S1R. And as far as how that 8K video will actually manifest, we agree with the rumors that it will be 30 frames per second.

In terms of the IBIS, this will of course be the first time Canon has attempted in-body image stabilization – and the company has always made a big deal of the fact that it must work in conjunction with lens-based IS (which it considers superior to IBIS).

That being said, we're looking at the industry-standard 5-axis / 5 stops of stabilization for the IBIS, but we've heard that the synchronized stabilization could be as much as 8 stops – which would beat the market-leading 7.5 stops offered by the Olympus OM-D E-M1 Mark III.

So, one last question: Why a "5" when all the other R-system cameras have had letters (like the Canon EOS RP and Canon EOS Ra)? Well, this could be the start of something…

Among the cacophony of Canon rumors is the persistent one that the company is planning to release three EOS R bodies this year. And the latest one we've heard about is the Canon EOS R6, hot on the heels of the R5.

Less is known about this model, though it will reportedly possess a smaller 20MP sensor while retaining the in-body image stabilization, and is also said to record 4K up to 60fps.

While the scuttlebutt suggested that Canon had no intention of introducing an APS-C body making use of the new RF mount (since that would seem to conflict with M-series cameras, such as the Canon EOS M6 Mark II), Nikon pressed ahead with a very successful ASP-C iteration of its Z-system – the Nikon Z50.

Whether or not Nikon's success had any bearing, we're now hearing rumblings that Canon is doing likewise – and the Canon EOS R7, effectively replacing the 7D line, might be on the way. Which, given that the manufacturer is now definitively moving away from DSLR-first development, makes perfect sense.

Not to be confused with the EOS R5, Canon is rumored to be developing a high-resolution full-frame mirrorless camera to compete with the likes of the 61MP Sony A7R IV. In fact, we've even seen some reports suggesting that a medium format-rivaling 100MP EOS R is being worked on.

The latest rumblings come in the form of a list of purported specs for what has been dubbed the Canon EOS RS – a nod to the Canon EOS 5DS, which is the 50MP high-res DSLR that the mirrorless version would effectively replace.

According to these claims, we can expect an 80MP sensor, with a slightly larger body than the EOS R that comprises a bigger grip, LCD and EVF. Additionally, it is claimed that the "viewfinder" (it is unclear whether this is the EVF or the LCD) can be tilted up and down, and that the camera possesses a "new style" of joystick (likely the new Smart Controller from the 1D X Mark III) along with dual SD card slots.

When the EOS R launched in 2018, Canon assured us that, "The M series is here to stay. The M series is an important part of our system, the reason being there’s no one camera that’s suitable for everyone, and it’s great to have different cameras at different sizes for different types of usage."

True to its word, the manufacturer breathed fresh life into the line with the Canon EOS M6 Mark II – a powerhouse 32.5MP camera that has more pixels than any Canon camera aside from the 5DS/R, and is the only body aside from the 1D X Mark III that captures uncropped 4K video.

In fact, it's so good that it has become the de facto flagship of the EOS M line – which begs the question of what happens to the previous flagship model, the M5. There were rumors that the Canon EOS M5 II would be revealed at the same time as the M6 Mark II, with very similar specs, though this was likely the camera that turned out to be the Canon EOS 90D.

Some very flaky rumors have recently surfaced that Canon is prepping two M series cameras for 2020, which smart money says are likely to be successors to the Canon EOS M5 and Canon EOS M50…

Canon has done a brilliant job to revamp its DSLR line from top to bottom over the past couple of years, from the new baby EOS 250D / Rebel SL3 through to the 32MP powerhouse Canon EOS 90D to the upcoming Canon EOS-1D X Mark III professional sports camera.

However, as the company stated again in a recent (and slightly alarming) financial report, Canon will be veering away from DSLR development and doubling down on mirrorless cameras like the new EOS M6, along with compacts such as the Canon PowerShot G7 X Mark III and Canon PowerShot G5 X Mark II.

Couple that with the fact that Canon confirmed its focus is on the RF mount, and there won't be any new EF lenses unless the market demands it, all indications are that 2020 marks the turning of a new mirrorless leaf.

While some have accused Canon of playing it safe with its recent camera launches, the company revealed a number of concept cameras at CES 2020 that prove innovation is still at the heart of what it does.

In fact, two cameras in particular have made multiple appearances at trade events – including CP+ last year – which leads us to believe that the company is both intent and close to bringing them to market.

First is the 100-400mm Canon Multifunctional Camera, which offers an easy way to enjoy telephoto shooting with smartphone integration, while the Canon Intelligent Camera might be the device that sits next to the Echo in the corner of your room, with speech and gesture recognition for automated shooting.

While neither cameras may ever make it to market, Canon doesn't show off this tech idly; another of these concepts, the Canon Ivy Rec, made it to production and retail release last year. So with the Canon Intelligent Camera in its fourth generation of development, and the Multifunctional Camera in its second, we certainly expect them to materialize sooner or later.

What we think: This seems to be the year that Canon is going all guns blazing on its RF-mount system, particularly since it has ceased development (but not support) of EF lenses. We now have an amateur and an advanced model of the camera, a dedicated astrophotography version, and Canon has already announced the pro-oriented EOS R5. Later this year we expect new entry level and high-resolution models, as Canon goes all-in on the EOS R platform.