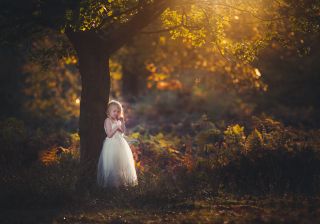 Wex Photo Video has announced the winners of its Photographer of the Year 2019 competition, and it was a clean sweep by Canon EOS 5D photographers who took the three top places and £2,500 in prizes.

The contest, which received 15,000 entries last year, sees UK photographers submit their images taken during the previous week every Monday on Twitter using the hashtag #WexMondays. The three photographers who rack up the most points during the year take home the honours.

First place, and the top prize of £1,500, was scooped by Dan Portch from Kent – a self-taught photographer who considers himself a beginner. Using a Canon EOS 5D Mark III he developed an interest in fine art images (such as the shot at the top of this article), as well as architecture and seascapes.

“I enter #WexMondays to be part of a supportive community of fantastic photographers consistently producing brilliant images, and pushing me in my attempts to improve," said Portch. "I can honestly say it has been the single most important factor behind my photographic development and progression over the past two years.”

Second place was taken by David Hixon, an enthusiast from Devon whose main passion is long exposure photography on his Canon EOS 5D Mark II, while third place was captured by Verity Morgan, a Birmingham-based professional whose clients include American Express and Yorkshire tea, using a Canon EOS 5D Mark IV.

A collection of 49 winning images from the contest will be exhibited at the Wex Photo Video Gallery in London from 15 to 19 January 2019. The Wex Photographer of the Year 2020 competition is now open and accepting entries – time to defend your title, Canon users!