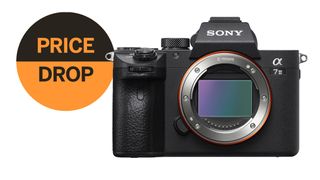 A perennial favorite, the fantastic Sony A7 III is one of the best Black Friday camera deals around right now: it's down to just $1,629.99 at Walmart, the cheapest you'll find it anywhere!

Slashed by $368 in the Walmart Black Friday deals, this is a great price for one of the very best mirrorless cameras on the market. It may be Sony's most junior full-frame option, but its specs actually put it in a much higher league…

The Sony A7 III hardly puts a foot wrong. Its specifications make it a terrific all-rounder – one so powerful that its price is actually a bit of a surprise, especially with a deal like this!

Its 24MP sensor is complemented by 4K video at 30fps, continuous stills shooting at 10fps, 5-axis in-body image stabilization… it's consistently capable across a wide range of disciplines. What a great camera!