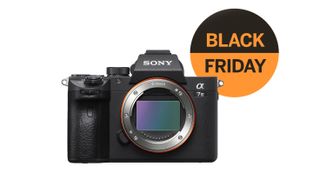 The Black Friday camera deals are st9pp coming thick and fast, but this deal is the one that made us stop in our tracks... and what's it is not too late to get it. The Sony A7 III is still available for the stunning price of $1,629, which seems to be the lowest it's ever been!

This is just one of many amazing Walmart Black Friday deals on photography kit, but you'll have to act quickly as this amazing deal won't hang around much longer!

The Sony A7 III is one of the best full-frame mirrorless cameras around, with a 24.2MP CMOS sensor and a BIONZ X processing engine. The Sony A7 III's continuous shooting speed of 10fps is fantastic for sports and wildlife photography, while the 5-axis image stabilization system can compensate for up to 5 stops of camera shake.

This is one deal you don't want to miss out on!