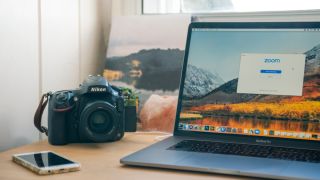 Nikon has announced new software that will enable Nikon users to turn their camera into a fully functioning webcam. The beta version of the software, named Webcam Utility, will enable a select number of Nikon mirrorless or DSLR cameras to be used as a webcam in conjunction with Windows computers (unfortunately it doesn't appear that Mac users will currently be able to use this software).

Due to be released in early August 2020, this software release means that Nikon joins other major camera manufacturers, such as Canon, Panasonic and Fujifilm, that have released software to turn their cameras into webcams.

Announced in conjunction with the Nikon Z5, the beta version of Webcam Utility will be available for free for Nikon users. See the full list of compatible cameras below:

With working from home and virtual meetings becoming increasingly commonplace, it's great to see Nikon responding to the rise in demand for webcams with Webcam Utility. To use this new software, simply install the beta version to a computer than runs Windows 10 and connect the compatible Nikon camera body via a USB cable. Users will then be able to take advantage of the crisp image quality of their Nikon camera in their next Zoom meeting.

Interestingly, Nikon has also stated that future Nikon mirrorless and DSLR cameras are also scheduled to be compatible with the Webcam Utility software.

How to use your camera as a webcam
Best camera for streaming on Twitch, Mixer and Facebook Live
Best Nikon camera: including Nikon DSLRs, Nikon Z and Coolpix compacts