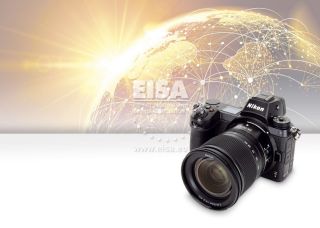 The latest European Imaging and Sound Association Awards have been announced, and Sony and Canon have swept the board with 12 accolades between them. However, neither manufacturer managed to nab the prestigious Camera of the Year Award, which rather deservedly went to the Nikon Z6.

Interestingly, there are no DSLRs featured on the winners list – and Amateur Photographer (an EISA member) even stated that, "One thing you’ll notice this year is that there are no longer any separate awards for DSLR and mirrorless systems. This simply reflects the current state of the market, and in particular the paucity of new DSLRs as mirrorless becomes increasingly dominant."

Is this another nail in the coffin for DSLRs? Well, perhaps. The fact is that there really haven't been many prolific DSLRs released this year, bar the Canon EOS 250D(aka the Canon EOS Rebel SL3. With mirrorless sales proving far hardier than DSLR sales, it's not surprising that even the traditional DSLR giants Canon and Nikon are currently focused on investing in their mirrorless technology.

On the other side of the coin, mirrorless powerhouse Sony has cleaned up nicely with seven awards, including Best Photo Innovation for its game-changing Real-time Eye AF, which maintains focus on a moving subject even when part of their face is obscured.

If we were being skeptical, we might wonder whether 22 photo categories seems slightly unwieldy – especially when some are so similar. Is there really enough difference between a 'super-telephoto prime lens' (Canon EF 600mm f/4L IS III USM) and a 'telephoto prime lens' (Sony FE 400mm f/2.8 GM OSS) to warrant two separate awards?

However, we can't deny that each product on this list is a great piece of kit that we'd be happy to own. Discover the winners below and check out the best deals on offer today.

Camera of the Year: Nikon Z6

As we covered in our Nikon Z6 review, this is a fantastically versatile camera with excellent image quality and super-high resolution.

EISA says: "With the Z6, Nikon has made a superb camera with sensational handling and robust build quality that delivers excellent images in almost any shooting situation… Quite simply, this is the best all-round camera that serious photographers can buy right now."

The Fujifilm X-T3 is one of the most popular cameras currently available, so we're not surprised that it was awarded this accolade.

EISA says: "With the X-T3, Fujifilm takes its popular X system to a higher level. The new 26-megapixel X-Trans CMOS 4 image sensor does not require a low-pass filter and therefore delivers unusually detailed images. The camera features extremely fast autofocus and continuous shooting at up to 30fps, making it well suited for action photography. The video mode is equally impressive, offering 4K recording at 60fps along with professional features such as F-Log and Hybrid Log Gamma."

As one of the best value-for-money full-frame mirrorless cameras you can buy, the Canon EOS RP definitely deserves this award.

EISA says: With the EOS RP, Canon has delivered an impressively affordable entry into the full-frame mirrorless market. Based around a 26.2-megapixel sensor and the powerful DIGIC 8 processor, it’s capable of delivering excellent image quality… The streamlined control layout and fully articulated LCD touchscreen also make the camera very easy to use."

The Panasonic S1R is the highest-resolution full frame camera currently available, but with a limited lens system it failed to set camera enthusiasts on fire. However, with twin card slots (Z and R systems take note!) and 60p 4K video, it's certainly got EISA's attention.

EISA says: "The Panasonic LUMIX DC-S1R is an extremely well built professional camera with significant protection against the elements. It combines speedy performance with very high 47.3-megapixel resolution, providing exceptional image quality that stands out from even the best of its competitors. Add in comprehensive video features, and you have a complete camera for professionals."

As our review of the Sony A6400 states, "For bloggers, vloggers and independent content creators, the A6400 is a dream." The 180-degree screen and formerly mentioned eye-detect AF make creating video a walk in the park, while the respectable image quality in still photos makes this a truly versatile piece of kit.

EISA says: "For content creators who shoot as much video as stills photography, the α6400 packs an impressive array of tools into its compact, portable body. The highlight is undoubtedly Sony’s innovative Real-time Tracking and Real-time Eye AF, that keeps your subject sharp and in-focus no matter how it moves around the scene."

EISA says: "With its quad-camera setup Huawei has made yet another impressive advance in mobile photography. Low-light photos are by far the best you can currently get from a smartphone, while the ultra-wide lens, the portrait mode and the periscopic 5x telephoto lens surpass any of its competitors. With raw format recording and up to 512GB storage, the Huawei P30 Pro is the perfect companion for dedicated photographers."

Nikon Z lens roadmap: new lenses for the Z system and when they are coming
Camera rumors 2019: what new cameras are coming out this year?
Best camera for beginners in 2019: we help you choose the right camera