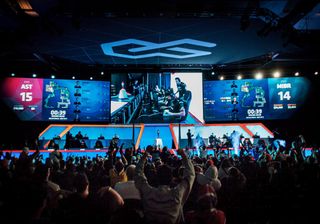 The city of Arlington, Texas, has chosen Canon's 4K lenses to outfit its broadcast cameras at the Esports Stadium Arlington – a $10 million facility that hosts professional esports competition.

“Canon’s ability to supply lenses that met our 4K visual needs, budget constraints, support and time requirements helped us succeed in building this industry changing facility,” said Corey Dunn of NGAGE Esports, which oversaw operations and production for the stadium.

The equipment will power the broadcast capabilities of the 100,000 square-foot facility, the biggest in the United States, which hosts up to 2,500 spectators in Dallas-Fort Worth. Esports is now a very big business, with the industry expected to generate $1.65 billion in revenue by next year.

Speaking to the raw performance of Canon's 4K lenses, the stadium was keen to stress that this was the beginning of a partnership. “This is more than an one-time equipment purchase," said Marc Scarpa of Simplynew, the systems integrator, "it’s the start of a new relationship with Canon as we look to shape the future of esports.”

The best 4K camera for filmmaking in 2019