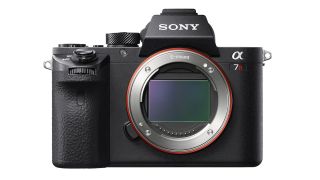 We have spotted this incredible UK offer, and it is pretty hard to resist if you are looking for a high-resolution full-frame mirrorless camera. Sony's second-generation 42.4-megapixel A7R II is on sale body only for less than half its original price, at just £1,299 at Wex Photo Video – that's the lowest-ever UK deal, which is made even sweeter by the fact that Wex will throw in a Manfrotto Element Carbon Fibre Big Traveller Tripod, worth £149! Now that is one very tasty offer!

This is the best price that we can remember seeing on this camera, and you don't need to apply for any cashback to get it – just pay £1299, and you could have it in your hands the following day.

Sony Alpha a7R II mirrorless camera body
Was £1,599, now £1,299 with free tripod
If you can live without the ultra-fast continuous shooting of the latest A7R IV or the A7R III, this is a chance to get the same amazing 42.4-megapixel resolution in its predecessor, the A7R II, plus in-body stabilization and 4K video. Not only do you save £300, but you also get the Manfrotto Element Carbon Fibre Big Traveller tripod kit thrown in which itself is worth £149.
UK Deal View Deal