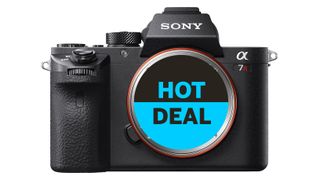 We have spotted this incredible UK offer, and it is pretty hard to resist if you are looking for a high-resolution full-frame mirrorless camera. Sony's second-generation 42.4-megapixel A7R II is on sale body only for less than half its original price, at just £1,199 at Wex Photo Video – that's the lowest-ever UK deal, and a great Easter treat for anyone who is looking to cheer themselves up in this time of crisis.

This is the best price that we have ever on this camera, and you don't need to apply for any cashback to get it – just pay £1199, and the Wex team will get it sent out to you today.

Sony Alpha a7R II mirrorless camera body
Was £1,599, now £1,199
If you can live without the ultra-fast continuous shooting of the latest A7R IV or the A7R III, this is a chance to get the same amazing 42.4-megapixel resolution in its predecessor, the A7R II, plus in-body stabilization and 4K video.
UK Deal View Deal