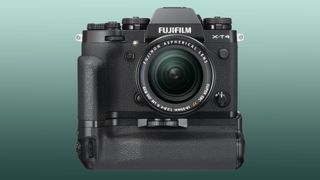 Fujifilm Russia has recently published a statement regarding the shipping of the hotly anticipated Fujifilm X-T4 cameras. Not only has it advised that the Fujifilm X-T4 will be delayed from April 2020 to May 2020, but that we might even see a retail price change as well.

In a short statement published on their Facebook page, Fujifilm Russia said: "The official start of sales of the Fujifilm X-T4 camera is postponed to a later date, from April 2020 to May 2020. Due to the sharply increased volatility in the foreign exchange market, but the time the Fujifilm X-T4 camera starts selling, it is possible to revise the previously announced recommended retail prices."

A short delay of a month, while potentially frustrating, isn't the end of the world – especially when you consider that the Fujifilm X-T4 isn't the only camera that's been delayed recently. The Nikon D6 has officially been delayed, while swathes of tech events across the world have been postponed and cancelled.

However, the possibility of a price increase is a little more concerning. The coronavirus outbreak has become one of the biggest threats to the global economy and financial markets, with stock prices and bond yields across the world plunging. This financial uncertainty means we wouldn't be surprised if there was indeed a price increase on the X-T4.

As reported by Fuji Rumors, it's unclear whether this announcement will only affect the Russian market or not. At present, neither Fujifilm Japan, North America or Europe have announced anything similar. However, with global anxieties over COVID-19 still spreading, we wouldn't be surprised if delays are announced elsewhere as well.

Best Fujifilm lenses in 2020: the best lenses for X-mount cameras
Best compact cameras in 2020: cameras that are big on quality, small on size
Best mirrorless camera in 2020, for beginners, enthusiasts and professionals