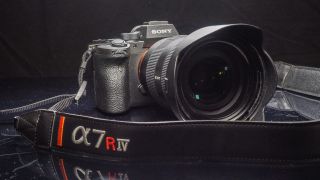 The Sony A7R IV easily beats all of its full frame rivals for resolution, including the once-mighty Canon EOS 5DS, and surpasses the 47.3 megapixel Panasonic Lumix S1R and the 45.7 megapixels of the Nikon Z 7. You have to switch to medium format to beat the pixel count of the A7R IV.

But all this has been achieved without sacrificing speed, ISO range or, according to Sony, dynamic range. The A7R IV looks set to be one of the best mirrorless cameras on the market, if not THE best.

So is it also now the best Sony camera? That depends. For professional, commercial photographers, almost certainly yes. For sports, we'll have to see how it stacks up against the Sony A9 in real-world scenarios. And for enthusiasts and amateurs, the expected $3,500/£3,500 asking price will be a bit steep and the much more affordable A7 III might be a better choice.

The Sony A7R IV boasts a full-frame sensor with 61MP of resolution and also achieves 26MP in APS-C mode, surpassing many APS-C cameras. For the APS-C crop it uses the central part of the lens's image, the best and sharpest section.

Many APS-C photographers have been wondering for quite some time where Sony's rumored A7000 APS-C camera has been hiding. The answer, as it turns out, is inside the full-frame Sony A7R IV – at least that was Sony's somewhat cheeky suggestion during its press conference.

It's not just about the megapixels

The A7R IV's sensor is an Exmor R back-illuminated model. It's also capable of using Pixel Shift Multi Shooting to produce ultra-high-resolution images, taking 16 separate exposures with movements of less than one pixel. The resulting image is 240MP in resolution and reportedly almost 1GB in file size!

But Sony is keen to stress that this camera isn't just about resolution and the biggest megapixel counts. Portability is a major part of this camera's make-up, and it also has a host of extra features designed to make it a pro-quality all-rounder.

Sony's well-regarded Eye AF is on board, perfect for events and wedding shooters, forming part of the autofocus system with 567 focal-plane phase-detection AF points, which provides 74% coverage -- a significant increment on the A7R III. The Eye AF system is also now available in movie recording (more on which in a moment), which is a first for Sony cameras.

Sony is also proudly touting the fact that the A7R IV can achieve continuous, accurate AF/AE tracking for up to 7 seconds in full-frame, full-resolution mode, also aided by the 425 contrast-detection points. Sony says that tracking will generally be much-improved, thanks to the higher AF sensor density and refined tracking algorithms. It's definitely much more than a megapixel machine, that's for sure.

Elsewhere, the camera boasts 15 stops of dynamic range, 5-axis in-body stabilisation,  and 10fps of continuous shooting with a buffer of up to 68 frames of RAW + JPEG, or  200 images in APS-C mode. And it's easy to swap between these formats with the tap of a single button.

As you'd expect from a camera like this, the A7R IV is capable of recording 4K video. It shoots 4K using the full width of its sensor, with no pixel binning in Super 35mm mode. There's also all the usual extras, including the SLog-3 gamma profile, and Hybrid Log Gamma is also available to support an instant HDR workflow. Everything videographers need, in short. Full HD video is also available at up to 120fps, allowing for super-slow-motion.

Sony says that the A7R IV will have improved weatherproofing and durability, with additional sealing at all body seams. The battery life has received an upgrade too, and has a CIPA rating of up to 670 still images per charge using the LCD monitor,or 530 images with the EVF.

Sony has also beefed up the handgrip, making for a more secure hold. The A7R IV boasts dual UHS-II slots, which Sony says have been arranged with "better logic" than they were previously.

The A7R IV supports high-speed Wi-Fi with a high-speed 5GHz-band connection, and supports wireless PC remote connectivity for tethered shooting. For wired connections, it has a super-speed USB-C, which Sony says can achieve doubled transfer speeds compared to the A7R III, when paired with the firm's own Imaging Edge software. It's also being released with a new VG-C4EM Vertical Grip, which holds two extra batteries, and is designed to work effectively with Sony's latest round of recently released accessories, including the MRW-S3 card reader and new TOUGH SF-M SD cards. There's also a new ECM-B1M Shotgun Microphone for video users.

The best mirrorless cameras in 2019