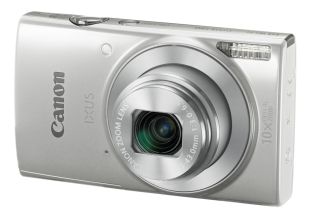 Today's smartphones might be packed with technology that was once only present in enthusiast-level cameras, but they have their limitations too. That's where cameras like the Elph 180 (aka the IXUS 185) come in, being affordable and easy-to-use, and capable of offering something a little different to help you to get the shots you want.

Here, we round up the best deals on the Canon IXUS 185 / Elph 180 and give you a little more information on what makes it shine.

Everything we expect an IXUS camera to be, with an agreeable price tag to boot

What makes the IXUS 185 special? Its 8x optical zoom lens is arguably its main draw, as this allows you to home in on more distant subjects without the same loss of quality that you'd experience with many smartphones. And with a 35mm-equivalent wide-angle start of 28mm and a telephoto finish of 224mm, it effortlessly adapts itself to a multitude of scenes and subjects.

Aside from its optical prowess, the camera packs a 20MP sensor – more than enough for enlargements – that's also capable of HD video capture, and it's designed with more physical controls than the average smartphone provides, logically placed in areas where fingers naturally fall. These include a zoom collar around the lens that lets you frame up your masterpieces with precision.

On top of this, the camera has been furnished with a range of technologies that help you get better images without you having to decide on all key settings. These are headed by an Easy and Smart Auto mode, the latter capable of detecting up to 32 different scenes and adjusting itself accordingly, while Face Detection is also on hand to help capture people with clarity and best focus.