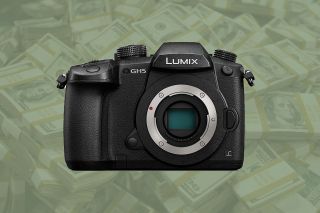 We may still be a few months off Black Friday yet, but that doesn't mean that you can't start your Christmas shopping early! If you've been admiring the Panasonic GH5 from afar, but haven't brought yourself to make the plunge yet, you're in luck. With £600 knocked in a fantastic Amazon deal, you can pick up the Panasonic GH5 for just £1,099.

With a vari-angle 3.2" LCD screen and a 20.3MP Micro Four Thirds sensor, the Panasonic GH5 is a fantastic camera for both stills and video. Capable of 4K, the GH5 has proved particularly popular with videographers since its release in 2017.

With the ability to capture 4K at up to 60/50fps, you can record video at a dramatic 2x slow motion speed. The GH5 also has a 5-axis in-body sensor-based image stabilization system and access to a whole host of great Micro Four Thirds lenses.

With impressive specs for both photographers and videographers, the Panasonic GH5 is already a fantastic prospect. However, throw a tantalizing £600 discount in there, and it basically becomes a necessity.