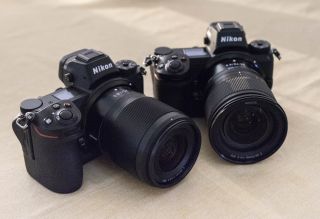 Nikon chose CES 2019 to announce a series of improvements that it has in store for its Z series of full-frame mirrorless cameras, which currently comprises of the Z 6 and Z 7 .

Three different new features will be added to the camera range in a series of future firmware updates. But the most significant of these is that the Nikon is developing an Eye AF function. This is said to automatically detect the subject’s eyes to make attaining critical focus on the eyes easier. "It will allow users to capture photos in which focus has been clearly acquired on the subject's eye, which is useful for portrait, event and street photography scenarios", said the Nikon announcement.

Eye AF is a feature that Sony has introduced to its Alpha A7 and A9 range of full-frame mirrorless cameras – and it is been proved to be highly effective and useful for photographers. Sony is currently working on refining its system, so that it can track the eyes of animals, as well as humans.

You can see how the autofocus target locks on to the eye of the subject in this Nikon preview video of its Eye AF functionality, which it says it will add to its Z6 and Z7 cameras via a firmware upgrade

The additional two firmware updates that Nikon is demonstrating at CES 2019 in Las Vegas are:

Nikon has confirmed that the XQD card slots of both the Z 6 and Z 7 will be updated through firmware to supporting the soon-to-be-launched CFexpress memory card standard. Nikon had suggested that this should be the case back at the launch of the Z system (see interview).

CFexpress cards are the same size and shape as XQD – but will offer even faster write and read speeds. CFexpress is likely also to be more widely supported by other memory card manufacturers. XQD cards are currently only available from Sony, Delkin and Nikon.

Nikon has also announced that it is developing a feature that works with the Atomos Ninja V external video drive to output video in RAW format, using the ProRes RAW codec.