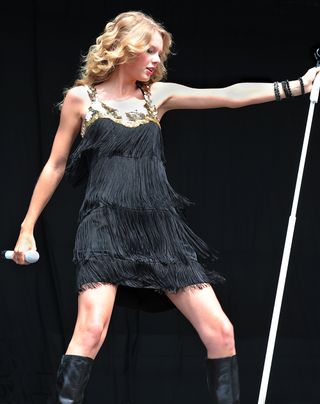 Fuji has announced its third quarter financial results and sales of its instax series were through the stratosphere, thanks to the Fujifilm instax Square SQ20 and the Taylor Swift-branded SQ6, which is special edition of one of the best instant cameras available.

Chuckles could be heard at Photokina 2018 when the pop princess was announced as instax’ global partner, receiving her own signature Fujifilm instax Square SQ6, but Fujifilm has certainly had the last laugh; the company sold a staggering 8.5 million instax cameras in just 9 months.

“In the photo imaging business, sales were strong for instant photo systems such as the instax series and instax films,” notes the Fuji report.

“The sales volume of the instax series totalled 8.5 million units in the 9 months of this fiscal year. Instax Square SQ20, the new hybrid instax camera capable of editing images before printing, and a global promotion featuring Taylor Swift, instax’s global partner, contributed to the sales increase.”

Information on the performance of other cameras was scant, but the report stated that “good sales maintained” in the mirrorless market, as the highly regarded Fujifilm X-T3 “contributed to a revenue growth”.

The Imaging Solutions segment posted increased year-on-year revenues of ¥303.8 billion (up 2.1%), though operating income decreased to ¥48 billion (down 3.8%) “due to such factors as advertising and promotion costs and R&D investment for next generation products to achieve further sales expansion.”