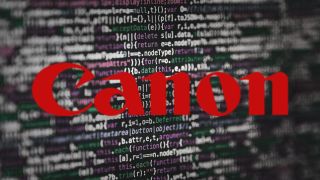 Canon Europe has announced image.canon, a free service to enable photographers and videographers to transfer their files directly from their Canon cameras to devices and web services. Available from early April 2020, this service will also include free cloud storage automatically from compatible Canon cameras.

Whether you’re a seasoned pro, or you’re just starting to get to grips with your Canon camera, Canon promises that this cloud service can manage everything from family snapshots to a professional workflow.

Wi-Fi-enabled Canon cameras will be able to transfer files in their original quality to a central hub, to then be seamlessly transferred to devices and web services including Google Drive, Flickr and YouTube. Canon also advises that Adobe and Google compatibility are planned for launch in June 2020.

Most excitingly, this new cloud service enables the automatic background transfer of your images when the camera is connected to the internet. This means you can spend less time manually transferring your images and more time focusing on your shoots. However, there is a small, unfortunate caveat to this. According to Canon, only cameras released from 2020 will be capable of this. (However, all other Wi-Fi-enabled Canon cameras are still capable of manual transfer.)

This means that the lengthy list of cameras capable of using the automatic file transfer service when it launches will be a grand total of… two: the Canon EOS-1D X Mark III and the recently announced Canon EOS 850D.

However, while the automatic file transfer won’t be a feature that most Canon users will immediately be able to use, it’s definitely a positive move. Cloud technology is only becoming more prevalent, and it will be interesting to see how Canon’s service matches up to Apple’s iCloud.

Designed with convenience in mind, image.canon will also have dedicated PC software that will allow photographers to quickly download their shots from this hub. Canon users will also be able to easily sort images and experience hassle-free sharing direct to their social media channels or email contacts.

It’s worth noting that the service image.canon will be replacing, the Canon Image Gateway, will end operation from mid-March 2020. In that data migration period, users won’t be able to access any image files or albums already uploaded to the service until the launch of image.canon in early April.