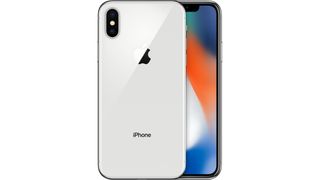 The DxOMark lab results are in – and the iPhone X is the best phone for photos, just lagging a little in video.

Much was made of the iPhone X’s camera at its launch, marking the tenth anniversary of the arrival of the first iPhone. As iPhoneography continues to grow, the performance of this new phone’s camera will be a critical factor for its success. So how does it stack up?

Image-quality testing site DxOMark has completed its assessment of the iPhone X. The verdict? For now, it’s the best performing phone camera in terms of stills photography, and a serious competitor in terms of video, too.

The iPhone X achieved a Photo score of 101, which places it just one point ahead of the Huawei Mate 10 Pro and the Samsung Galaxy Note 8. DxOMark’s testers say the iPhone X noticeably improves on the performance of the iPhone 8 Plus.

The testers found the phone to produce very good exposures, with good highlight and shadow detail preservation, as well as accurate colour rendition in various lighting conditions. They also found the iPhone X to preserve details well, even when zoomed, with a pleasingly natural bokeh visible.

Despite the iPhone X’s record-breaking score, there were a few caveats. The testers found autofocus to lag a little in some shots, while images taken with the on-board flash in low light showed a tendency to underexpose, with red-eye being an ocassional occurrence in portraits taken under these conditions.

Once again, the overall video performance for the iPhone X was found to be excellent, with an overall score of 89.

The testers found its colour rendering, exposure and white balance to be top-notch in a wide range of situations, and its autofocus to be quick and accurate. The team also noted that the stabilisation was very good, ensuring smooth and balanced footage.

On the negative side, the team saw the phone still struggle a little with low light. Underexposure and luminance noise were noticeable here, as were irregularities in autofocus and tracking.

Conclusion? “One hell of a smartphone camera”

The conclusion is, of course, that the iPhone X delivers the goods. If you’re thinking about upgrading but are concerned about the photographic side of things, it seems you can lay your fears to rest: Apple hasn’t let you down.