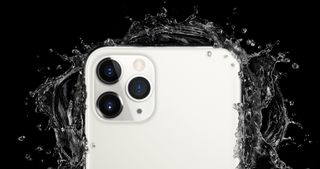 Determining which is the best iPhone camera is a simple matter in one sense, but once you dig into the question it's more complicated than it looks. On paper, in purely technical terms, the cameras on the latest iPhone 11 Pro and iPhone 11 are unquestionably the best, and it isn't close. These phones brought some serious updates to Apple's camera tech (which we'll get to in detail momentarily), so if you want the best and are prepared to pay for it, these are your buy.

But that's the key, isn't it? Budget is a hugely important consideration, and the fact remains that iPhone cameras have been very, very good for quite some time. It's perfectly possible for you to get one of the world's best camera phones without necessarily paying iPhone 11 prices. The iPhone range is its own singular thing, immediately different from smartphone ranges from other manufacturers, and scrolling down a list of previous-generation iPhones is not a simple matter of a list of diminishing specs. Older iPhones are different beasts entirely.

(Just remember, though: the new iPhone 11 ultra-wide camera is only available on the latest generation iPhones.)

Older iPhones aren't about to trouble any top-ten camera lists, but they still represent great buys for photographers who aren't fussed about the very latest gadgets. Also, while iPhones typically have a rep for being, well, not cheap, these older models have come down in price to the point where many could have a justifiable case for being among the best budget camera phones to get right now.

This is the case even with the excellent iPhone X series, which if you're anything like us, probably feels like it only launched last weeks. They were great camera  phones then and they still are now, and thanks to the arrival of the iPhone 11 and iPhone 11 Pro, their prices have started to come down.

Not enough of a saving for you? Why not take a look at the previous iPhone 8? Be aware, however, that there was a pretty big design shift between these generations, as the 8 series landed before Apple started using OLED screens and punch holes in all its new phones. It's possible they'll look a little dated these days.

Now, we don't want to mislead you. The improvements in image quality that Apple touts with every generation of its iPhone camera are not just hyperbole. Shots from the iPhone 11 Pro really do look at lot better than shots on the iPhone 8, especially in low light. However, you may be surprised by quite how well a three or four-year-old phone can hold up today. As obsessed with technical progress as we are, the tech from the past few years is still pretty damn good.

But that's enough caveats. Let's get to the best iPhone cameras!

The best iPhone for photography in 2020

You can't judge camera phones purely on specs. The iPhone 11 Pro's triple-camera array is hardly cutting edge by today's camera phone standards, but it works brilliantly. The colors, tones and exposures are consistent across all three cameras, and the image processing is perfectly judged to produce natural looking detail and not the usual over-sharpened, over-smoothed smartphone 'look'. The new ultrawide camera is just brilliant for travel photography, landmarks and spectacular interiors, and while it can't quite match the edge to edge image quality of the other lenses, it still produces sharp, distortion-free ultra-wide images that widen your horizons in every possible way. We like the regular iPhone 11 Pro best – the iPhone 11 Pro Max has the same cameras but it's just a bit big, while the regular plain-vanilla iPhone 11 is cheaper but doesn't have the 52mm telephoto lens.

It's cheaper than the iPhone 11 Pro, but you lose the 'telephoto' lens

iPhone 11 vs iPhone 11 Pro? That's a tricky question because it depends on the kind of photography you like to do – or more specifically, the angles of view you like. Both iPhones have the new 13mm ultrawide camera that's brilliant for interiors tall landmarks and travel photography, and both have the standard 26mm 'wide' camera. But the iPhone 11 Pro adds in a 56mm 'telephoto' camera which you may or may not find useful. Camera phone photograph tends to be up-close and 'immersive' compared to regular photography, and wider angle lenses are better. The other key difference is the screen. The regular iPhone 11 screen is mid-way in size between the iPhone 11 Pro and the 11 Pro Max, and it uses a Liquid Retina HD display rather than the Pro's Super Retina XDR screen – but will you notice the difference?

In its time, the iPhone XS was the best iPhone, and it's still good even now

The regular iPhone XS has the same cameras as the Max version. The rears offer two 12-megapixel cameras, one for standard wideangle shots, the other for 2x zoom images. Apple offers a very natural and faithful image preview, which shows a good estimate of the benefits of image processing before that processing has even taken place. The color balance and the character of Apple’s processing are also very pleasant. Other highlights include 240fps slo-mo at 1080p and X-series-only additional modes in the background blur portrait mode, such as Stage Lighting. This blacks out the background, for an image that looks a little like an actor’s headshot. The 2x zoom is also useful, particularly as it has optical image stabilisation just like the main camera. Many people might find this more useful than the new ultra-wide lens on the iPhone 11, so the iPhone XS is still a good option, even though it's now last year's model.

It's bigger than the iPhone XS but not necessarily better

The iPhone XS Max has the same camera setup as the iPhone Xs. So what benefit is there here? It’s pretty obvious, really. The Max has a larger screen, which helps when composing images. This is a particularly bright OLED display with max power of around 650 nits. It copes remarkably well outdoors, and goes into a ‘turbo’ mode when required, to make sure you can see the image preview even when it’s sunny. Both X-series phones also have dual front-facing cameras. The imaging sensor is a 7-megapixel chip just like the recent older iPhones, and the second is a “time of flight” camera. This is used solely for depth mapping. Its primary function is to make the Face ID unlock feature work well, but it also improves “bokeh” images. You can alter the blur effect level, effectively changing the virtual aperture, after shooting the image.

It's a great camera phone at a good price, but there's no zoom

The iPhone XR is one of the most interesting phones in the 2019 line-up from an Apple fan’s perspective. It’s now and older, cheaper iPhone (still not that affordable, mind). The lack of a zoom camera is its biggest loss. The iPhone XR has only the one rear camera, the same 12-megapixel stabilised get-up as the iPhone XS. You get great images, sure, but a zoom is handy for gigs and other situations when you can’t simply move closer. Here you have to use a compromised digital zoom. Other differences? While the iPhone XR has the same processor as the pricier iPhone X models, it uses an LCD screen rather than an OLED. This screen is larger than the iPhone Xs’s, though, and battery life is far better than that of the smaller, fancier iPhone Xs too.

Starting to date in design terms, but still holds up well as a camera phone

In one sense the iPhone 8 Plus may seem a step above the iPhone XR. It has a 2x telephoto camera, with a 12-megapixel sensor. Don’t mistake this for a like-for-like alternative to what’s on offer in the iPhone Xs Max, though. This telephoto lens is not stabilised, making it more likely you’ll get blurry images when light level is sub-optimal. In daylight, however, the iPhone 8 Plus takes excellent images that aren’t too far off those of the newest iPhones. The phone itself now seems rather dated. It has a 16:9 5.5-inch screen with relatively large borders, and what now seems a fairly lazy screen to surface ratio. Still, this only becomes an issue in a direct comparison. We were perfectly happy with the iPhone 8 Plus in 2017. Things have changed since then, but not that much. Our hands haven’t suddenly shrunk.

It's good, but a lot has changed in camera tech since 2017

The iPhone 8 shows you how Apple used to treat its small and large iPhone variants. Where the iPhone 11 Pro and Pro Max have the same camera hardware (so did the Xs and Xs Max before them), the iPhone 8 misses out on the 2x zoom of the iPhone 8 Plus. You’re left with the single 12-megapixel main camera. And just like the iPhone 8 Plus’s, it’s great indoors but does not quite stack up against the latest models at night. Dynamic range optimisation is also slightly better in the newer iPhones. However, the iPhone 8 can still shoot 4K video and slo-mo at up to 240fps (1080p). We’d argue the iPhone 8 design has actually worn a little better than the iPhone 8 Plus. Its small stature lets it pass for cute rather than high-end, and it does not have the pocket-bulging effect of the Plus.

Now here’s a blast from the past. The iPhone 7 was released in 2016, and is testament to iPhones’ supreme shelf life. On paper its camera sounds almost identical to the iPhone 8’s. It has a single 12-megapixel rear sensor with OIS and an f/1.8 lens, and a 7-megapixel selfie camera. Apple made notable improvements in 2017 that are missing in this older model, and photographers will notice. Autofocus is slower, dynamic range is a little worse and colour reproduction is a little less punchy or charming, particularly in less than ideal lighting. It’s still a good camera, particularly as a breezy auto mode shooter, but the years are taking their toll on this most affordable iPhone. Step away from the camera and the iPhone 7 looks almost identical to the iPhone 8. Both have 4.7-inch LCD screens of 1334 x 750 pixel resolution. You miss out on HDR support for the phone’s own screen (it still takes HDR photos), and the TrueTone feature. This alters the display’s colour profile to suit the ambient lighting.

The iPhone 7 Plus was the first Apple phone to have a 2x zoom camera. This seemed very special back in 2016, but today? Not so much, but it’s still useful. This phone stacks up much like the iPhone 7. Dynamic range and colour benefit from less optimisation, although the actual sensor is genuinely different too. Low-light performance is only OK by today’s standards. Still, the main camera is stabilised so the low-light shooting experience is still better than that of some mid-range and entry-level Androids. The phone’s design is very similar to the iPhone 8 Plus’s. It’s relatively bulky, and has a 16:9 screen and a dated shape. iPhone build ages well, though, and this still feels like a top-quality mobile.

• These are the best camera phones in 2019
• Looking for the best budget camera phones? Try these!
• Premium iPhone 11 will feature a triple-camera array (report)
• 10 fantastic iPhone XS and iPhone XS Max camera tips and tricks