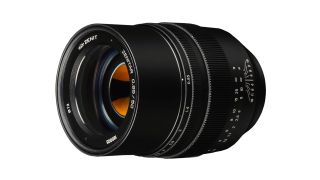 After a three-year wait, Zenit has finally released its long-awaited superfast Sony prime lens: the Zenitar 0.95/50 for Sony E-mount cameras.

“Thanks to improved optical calculations, we've managed to achieve a sharper image result. The unique appearance of the photos should be appreciated especially in artistic photography,” said Vadim Kalyugin, CEO of KMZ (producer of Zenit cameras and lenses).

“The product quality is not inferior to foreign counterparts and its affordable price will create a successful competition. This new design will without a doubt take the Zenitar brand to a completely new level," he added, describing it as “a lens for thoughtful photography”.

While its USP is the f/0.95 aperture, it stops down to f/16 and possesses a minimum focusing distance of 70cm. Measuring 117.5 x 85.5mm and weighing in at 1.2kg, with 9 elements in 8 groups, it’s not a slight lens, but the size and heft should make it more manageable for manual focus shooting.

This isn't Zenitar's only crazy-fast lens. At Photokina 2018 we went hands-on with the Zenitar 35mm f/1.0 for the Zenitar M / Leica M mount – the lens being designed for and bundled with the Zenit-Leica full-frame mirrorless collaboration, the Zenit M.

Hands on review: Leica and Zenit’s full frame Zenit M
Nikon Z-mount capable of f/0.65 lenses – but Sony says no demand
The best Sony lenses in 2019: find the right one for your camera