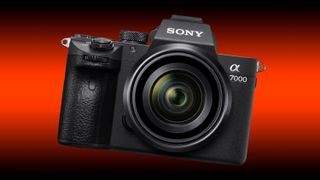 The Sony A7000 is one of the most hyped cameras of 2019, and we'd hoped it would also be one of the first we will see of the year. This is because the camera was reportedly been pencilled in for a launch at CES 2019. As it happens, we got the more conventional Sony A6400 instead,

Given the launch is imminent, specs have been a little thin on the ground but a new leak seemingly confirms that this will be one powerful camera.

According to Sony Rumors, the new camera will usurp its predecessor in every conceivable way. Given the Sony A6000 is still one of the best cameras around (especially for its price) and certainly one of the best mirrorless cameras, these new specs seem to prove that Sony will have another giant hit on its hands.

Here's what Sony Rumors reckons we will get - it got its information from a leak on Chinese social network Weibo:

Obviously we are very much in 'pinch of salt' territory here, but Digital Camera World will be at CES 2019, so will report on the launch if and when it happens.