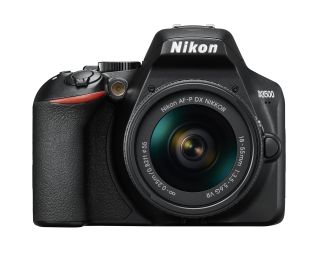 Nikon has unveiled the D3500 – the new budget model in its cheap DSLR camera range, and the ultimate successor to the popular D3400. The new camera shares many of the features with its predecessor, but is smaller, lighter, and less expensive than the D3400. Handling is also improved with a deeper grip – and battery life has been given a significant boost to make this one of the best travel cameras for DSLR fans.

After the razzmatazz of the launch of Nikon's Z7 and Z6 full-frame mirrorless models last week, the entry-level D3500 DSLR was quietly unveiled last night.

The battery performance, however, gets a 30% boost in performance. With an official CIPA rating of 1550 shots between changes (up from the D3400's rating of 1200 shots).

Buttons have also been moved around on the back of the camera... the controls that were on the left of the screen on the D3400 are now on the right – so that all of the rear controls are on the same side. This, Nikon claims, makes this easier to use with one hand. The grip has also been deepened to improve handling.

Best DSLRs for beginners in 2018