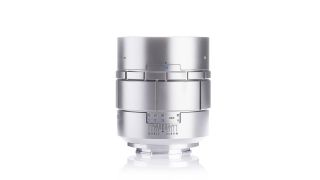 Hot on the heels of resurrecting a lens from the early twentieth century, Meyer-Optik has also announced what is claims is the fastest 75mm lens in the world.

The Nocturnus 0.95/75 mm is a full-frame prime lens for Sony E-mount, Fuji X-mount and Leica M-mount users, and the makers claim it’s impressively sharp – even at its maximum aperture of f/0.95.

This is a continuation of Meyer-Optik’s history of making fastest-ever lenses in certain focal lengths. The Kinoplasmat 75/ f1.5, for example, was the fastest of its kind upon release in the 1920s, and this was followed by wide-aperture Primoplan 1.9/58 optic for the Kine night Exakt camera. This new model is no relic, however, and is said to have been updated to meet the requirements of modern digital imaging.

Thanks to 15 aperture blades, each coated with anti-reflective coatings, the new Nocturnus should deliver pleasing bokeh. The aperture ring is also clickless, opening up the lens’s usability for filmmakers, and stepless up to f/16.

Constructed of five elements in five groups, it has a minimum focusing distance of 0.9m and weighs around 750g, with a 72mm-diameter thread for filters on the front.

The new optic joins the existing Nocturnus 50mm f/0.95, and it won't be the last in the range either, as Meyer-Optik has already announced that a 35mm model is in development (though we have no word on when that’s expected to arrive).

If this seems like a lens you’d want to acquire then we’d suggest acting fast; Meyer Optik has a special early-bird price reduction running on the lens that takes it down from its original RRP of €3,499 to €1,899.

You do, however, need to order by 20 May 2018 in order to take advantage of this offer. Whether you jump on this or not, you won’t be seeing the lens for a while, as it’s not expected to ship until December 2018. Head to the official product page on the Meyer-Optik website for more information and pre-ordering details.