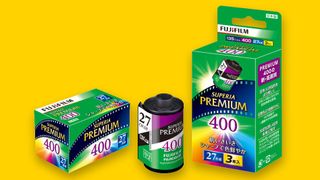 Fujifilm has announced that it will be increasing the prices of color film by 30% starting in Japan in June, with global prices having been gradually increasing since April. It will also be discontinuing a number of negative films as well as a disposable film camera in December.

The price increase, first reported by Digital Camera Watch, will be imposed by Fujifilm on its film products provided to distribution companies and photo studios. The degree to which the additional cost will trickle down to the consumer isn't yet clear, but it seems inevitable that film shooters are going to feel it in the pocketbook before long.

The reason for the price hike comes down to increased prices for raw materials, distribution and improved manufacturing. All of which have previously been borne by Fujifilm, but the company now feels that the financial burden requires a revision in product pricing.

"While raw materials and distribution costs for photographic films continue to rise, Fujifilm has endeavored to absorb costs such as improvement in production efficiency and cost reductions in order to stably supply high-quality photographic films to the market," said Fujifilm in a statement (courtesy of DP Review).

"However, it will be difficult to absorb only by corporate efforts, such as further increases in distribution costs and rising prices of some raw materials, and we will raise prices for photographic film products as described below."

There are seven film negatives and one disposable film camera affected by the price increase, including both sheets and rolls, comprising 24 products in total:

In addition to the 24 products being subjected to the price increase, Fujifilm will discontinue a number of film products altogether by the end of the year.

These lines consist of a pair of color negative films as well as a waterproof disposable film camera, all of which will be declared end of sale in December – though the end of shipping may be affected by how the lines are selling:

Best film: our picks of the best 35mm film, roll film, and sheet film for your camera The best instant cameras in 2019