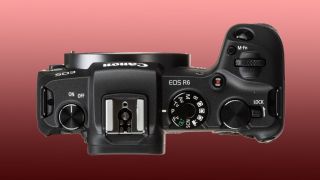 We've had a steady stream of leaks dripping through regarding the four new full-frame cameras Canon is rumored to be releasing this year, but now the dam has truly cracked and the rumors are overflowing. It's being speculated that one of the upcoming Canon cameras will be the Canon EOS R6, a 20MP mirrorless camera.

This is the first time we've had an 'official' name for the camera, which up until now had been unofficially nicknamed the 'Canon EOS Rm'. Interestingly, the Canon EOS R6 wasn't the only camera leaked. The Canon EOS R5, previously under the moniker 'Canon EOS Rs', has also been leaked.

The Canon EOS R6 will also have in-body image stabilization (as will the Canon EOS R5), which will surely draw a sigh of relief from Canon fans frustrated at the lack of IBIS in the Canon EOS R and RP. The R6 will be capable of 12fps using the mechanical shutter and 20fps using the electronic shutter.

Excitingly, the Canon EOS R6 will be capable of 4K video at 60p. It'll also apparently feature a new battery, although Canon Rumors isn't sure whether this will be the same battery as the Canon EOS R5.

These specs are all very well and good, we hear you cry, but when can we expect to see this shiny new Canon mirrorless camera? Well, apparently we could be seeing an announcement as soon as May, with a launch following in June.

As with all rumors and leaks, it's best to take them with a grain of salt. However, we've been hearing talk of a high-end mirrorless camera and a more entry-level mirrorless camera from Canon for a while now, so we're fairly confident that there's likely to be a significant element of truth here.