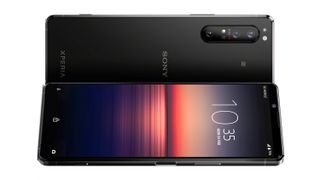 If you're curious how much the Sony Xperia 1 II will cost, you're in luck – the Xperia 1 II will be available for $1,200, which is a similar price point to the iPhone 11 Pro Max. As an added incentive, if you pre-order before 28 June, you'll receive a free pair of Sony WF-1000XM3 wireless noise-cancelling earbuds.

The Sony Xperia 1 II will be packed with plenty of exciting features, including a Sony BIONZ X image processor, a triple camera unit, continuous shooting of up to 20fps, Zeiss lenses and more. You'll even be able to use it as an external monitor for your Sony Alpha camera! With these truly exciting specs, it's clear this camera phone is going to make some serious waves when it finally hits the market.

Despite MWC 2020 having been cancelled, new smartphones are still being announced thick and fast, and with a major flagship from a photography point of view being the new Sony Xperia 1 Mk II.

Sony has revised its naming convention for mobiles, borrowing from its camera division’s easy to understand MK1, 2, 3 etc system. That said, there’s a lot more to this smartphone than a new name.

The phone boasts an ultra-fast autofocus camera, co-engineered with the company’s Alpha mirrorless camera team in Tokyo, and will also pack 5G. Going after photographers, videographers, gamers and media lovers, the brand is keen to build upon the success of the Sony Xperia 1, while stepping up to competition from the likes of Samsung, Apple and Huawei.

The phone’s camera will deliver a world-first feature for smartphones - 20fps AF/AE tracking burst, as well as 60 times per second, continuous AF/AE calculation which covers 70% of the sensor. With real-time Eye AF that works for humans and animals, it should keep things sharp, using the algorithm used on the Sony A9 II pro mirrorless camera – the brand clearly wants to capitalize on its imaging division’s successes to boost its smartphone line.

Additionally, there’s a 16mm ultra-wide angle camera and a 70mm f/2.4 telephoto module. Unlike previous Xperia’s, Sony has included a Time of Flight sensor on the Xperia 1 MKII, enabling better artificial bokeh shots - an area Sony has fallen behind in the past.

This 3D Eye ToF sensor combines with a primary Dual Photo Diode sensor, designed for speed, with a bigger pixel pitch and higher sensitivity than anything we’ve seen before from the brand.

A new Photo Pro mode sports a unique UI inspired by the A7 and A9 for more extensive manual controls than found on any other Sony Smartphone. As for video, the Cinema Pro app is back, and has been updated with a level meter, touch AF and an intelligent wind filter.

Even the Xperia 1 MK II’s screen is tuned for imaging pros. It’s still 21:9 with 4K resolution - so is ideal for cinema content, but now its white balance can be customized to D50 or D55 - ideal for pros who want to review material shot either on the phone, or on a DSLR or mirrorless camera. It also ups the refresh rate to a smooth 90Hz, which makes it the only 4K 90Hz HDR OLED display on the scene.

The much missed headphone jack is back, promising better sound for audiophiles, and is coupled with stereo speakers, for an audio experience created in partnership with Sony Music and Sony Pictures. The Xperia 1 MK II is also tuned to work with Sony’s headphone’s new 360-degree Reality Audio music, available through Deezer and Tidal. Naturally, Sony’s also keeping Hi-Res audio support on its flagships, as well as audio upscaling.

The Sony Xperia 1 MK II may be photo-focused, but that doesn’t mean it’s a gaming slouch, working with DualShock 4 controllers, just like the original Xperia 1 before it. Now, an enhanced gaming mode will free up RAM and take advantage of the 90Hz screen refresh rate though, and there’s also a Call of Duty tie-in for any fans of the series.

As for power, inside, there’s a Qualcomm Snapdragon 865 5G chipset matched with 8GB RAM as well as 256GB storage. That’s all combined with a 4000mAh battery, and unlike the Xperia 1 and Xperia 5 before it, the MK II supports wireless charging, as well as fast charging that delivers 50% charge in just 30 minutes.

With Corning Gorilla Glass 6 on the front and back as well as IP65/68 water and dust resistance, the Xperia 1 MKII should be as life proof as flagship smartphones get. While we don’t have pricing or availability details, we do know that Sony’s latest flagship will be available in black as well as a dusky, lilac purple.