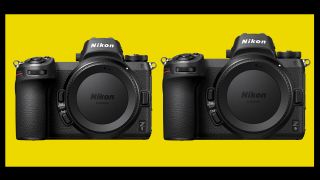 Nikon could be set to unleash a pair of new models in its Z series mirrorless range. However, according to rumors, the system will no longer be exclusively full-frame; in addition to a professional version, we could also be seeing an APS-C entry.

It should come as little surprise that the company is planning a pro body, as much of the criticism leveled at the Nikon Z7 is that it wasn't fit for professional use due to its single card slot, less than optimal autofocus and non-sports burst modes.

According to Nikon Rumors, the company could be planning a development announcement of the top-tier Nikon Z9 as soon as the summer (which technically tips off on the third week of June).

That would certainly make sense as not only does the Olympic Games takes place next year, but it takes place in Tokyo – with the world watching, Nikon will be keen to have as many professionals as possible using its latest kit.

With reports that Canon will stick with the DSLR format for its next pro camera, the Canon EOS-1D X Mark III, this will be a golden opportunity for Nikon to take the lead in the mirrorless market with pro shooters.

That being the case, the Nikon Z9 should be a high end full-frame system with dual card slots, improved AF and shooting modes to rival the Nikon D5.

The pros aren't the only ones getting a new Z camera, though. The scuttlebutt is that the Nikon Z5 – which the company suggested could be on the way before the end of the year – will be an APS-C model.

It will reputedly maintain a similar form factor to the Nikon Z6, but will possess a crop sensor of between 30 and 32 megapixels. What's more, it will likewise comprise two card slots – one XQD and one microSD.

However, this won't be the most junior member of the Z family; there is talk that in 2020 we will also see the release of an entry level Nikon Z3. This could be a super small DX camera with no electronic viewfinder, a fixed LCD screen, a single microSD card slot and a 24 or 26MP sensor.

Of course, Until Nikon says anything official, this is all just chatter. One thing is for sure, though – 2019 has already been a very rich year for juicy camera rumors!

Camera rumors 2019: what new cameras are coming out this year?
The best Nikon cameras in 2019: Nikons for beginners, enthusiasts and pros
Sony takes Nikon’s #2 spot in interchangeable lens camera sales