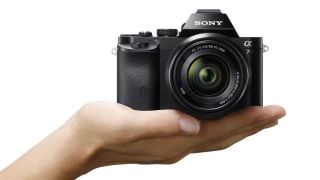 Sony’s top investors, executives and analysts joined each other for a conference call recently to hear the latest financials, So far so routine, but one thing that stood out was the revelation that Sony has apparently surpassed Nikon global interchangeable-lens camera (ILC) sales.

As reported by DPReview, Sony’s finance bods pointed out that Sony’s share of the ILC sales jumped from 19 per cent in 2017 to 23 per cent in 2018, which was enough to overtake the previous second-place holder, Nikon, with both still behind Canon. It’ll definitely be interesting to see if this state of affairs continues as Canon and Nikon start to throw more of their weight behind their full-frame mirrorless systems, both of which were introduced in 2018.

Sony also managed to secure the number-one spot for compact camera sales, increasing its market share from 26 per cent to 29 per cent, no doubt due to its extremely impressive stable of compacts such as the RX100 series and the RX10 bridge cameras. The firm also held steady in the video camera market, staying at a market share of 29 per cent.

It’s worth putting all this in context, as Sony’s analysts did – even though Sony is doing proportionally better compared to its rivals, the camera market as a whole is still on the decline, with the estimated value of the market as a whole dropping from ¥1,400 billion to ¥1,300 billion. Video also experienced a massive drop, with the overall market value going down from ¥390 billion to ¥300 billion, a decrease of 23%.

So, it looks like we’re still heading for an uncertain future as far as cameras are concerned. We’re interested to see how this drama between the big three plays out as 2019 goes on.

Canon RF lens roadmap: everything we know so far

The best Nikon cameras in 2019: Nikons for beginners, enthusiasts and pros