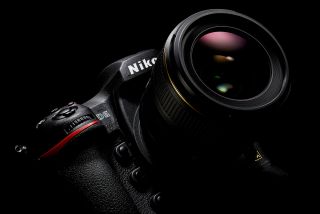 Nikon could be poised to announce its new flagship camera this week. The Nikon D6 is rumored to be revealed on 04 September – which just so happens to be the same day that the IFA 2019 consumer electronics expo kicks off in Berlin.

The Nikon D6 has been widely anticipated to arrive in time for the 2020 Tokyo Olympic Games, with an announcement predicted for October. However, if the rumor is true, we could get a glimpse of the new camera much sooner.

That rumor comes from a reliable source: the inimitable purveyor of leaks,  Nokishita. The Japanese outlet is not infallible, of course, but information that it leaks is generally very on the nose.

It seems likely that the announcement, if it does indeed take place, will be a development announcement – which is to say, Nikon will tell us that it is officially working on the camera, but shy of a couple of teasers won't reveal full specs, pricing or availability.

The date of the supposed reveal is not without significance; again, it's the opening day of the IFA trade show, where a number of high profile products and innovations will be unveiled. Nikon, however, is not exhibiting at the event.

So why choose 04 September, then? It certainly makes sense to surf the immense coverage that will be generated by IFA, where reporters will be looking for the biggest and juiciest stories.

Interestingly, while Nikon won't be there, imaging rivals such as Sony, Panasonic and Sharp will all be in Berlin, and are expected to bring their new toys with them – likely the Sony A7R IV, the Panasonic S1H and the Sharp 8K Video Camera.

Announcing a new flagship would be an effective way to steal their thunder – not to mention a way to refocus attention on Nikon, after the spate of recent reveals by Canon and Sony that have left the Big N looking a tad flat-footed.

Whatever the case, we won't have to wait long to find out…

Nikon D6 specs leak – camera to come in 2020?
IFA 2019: rumors and news of the show's big products and launches
The best Nikon camera in 2019: Nikon DSLRs, mirrorless and compact cameras