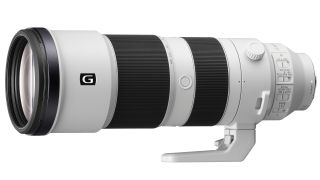 On the same day as Sony announced its huge and expensive 600mm f/4 pro telephoto lens, the company also announced a much more affordable telephoto zoom for enthusiasts.

With a focal range of 200-600mm, the new FE 200-600mm F5.6-6.3 G OSS goes much further than a typical telephoto zoom, extending into the kind of super-telephoto range used by bird and wildlife photographers, and fans of long-range sports photography. It matches the focal length of the Sony FE 600mm F4 GM OSS lens, albeit with a smaller maximum aperture across its zoom range. This could prove to be one of the best Sony lenses yet for sports fans.

The front element also has a fluorine coating to repel dirt and fingerprints, and an internal focus mechanism that offers “high resistance” to dust and moisture as well as offering better balance during zooming, as the overall length of the lens does not change. The zoom ring also has a quick action thanks to its “light torque” mechanism.