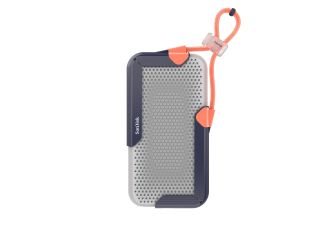 Not so long ago portable SSDs topped out at 1TB, and such a capacity would cost you an arm, leg, and most of your internal organs. But at CES 2020 Western Digital's SanDisk brand has revealed a prototype of a portable SSD packing a barely believable 8TB (terabytes!) of storage capacity. To put this in context, it's enough space to save 280,000 30MB raw photos, or around 280 hours of 4K video at 500MB per minute of footage.

The SanDisk 8TB SSD prototype connects to your computer via a super-fast 20Gbps USB interface, so you can be sure even the largest files can be transferred as fast as possible.

No word has yet been given on retail availability or pricing, but it's safe to assume that being first to market with such a high-capacity SSD will result in an equally lofty price tag.

SanDisk has also revealed a new 1TB Ultra Dual Drive Luxe USB Type-C thumb drive, set to hit stores in a couple of months. This ultra-compact portable storage is designed to fit on a keychain, with its all-metal exterior built to look good and survive daily abuse. The 1TB capacity is enough to store roughly 100,000 10MB JPEG images, or about 80 hours of 1080p video.

The dual connector interface maximizes the drive's versatility. It gives you a traditional USB Type-A plug that enables the drive to be inserted into older computers. But when you need to connect to newer laptops, as well as phones and tablets, the connector can be flipped to reveal a modern USB Type-C plug.

The best memory card for your camera