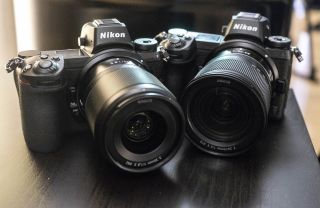 In a surprising and revolutionary development, Nikon has announced that it will be releasing a firmware update that will make the Z6 and Z7 the first consumer cameras to officially support RAW video output.

Previously, RAW video output has only been supported by professional cinema cameras (or through third-party software such as Magic Lantern). This is a significant announcement because, just like RAW photo files, RAW video files provide videographers with ultimate flexibility in their post-production editing.

This essentially means that you'll need to purchase an $695/£620 Atomos external recording monitor in order to be able to use the RAW video output feature. But the cost doesn't end there. Additionally, while the firmware update itself is free of charge, you must take your Z6 or Z7 to an authorized Nikon Service Centre prior to downloading the firmware update to allow RAW video output to be enabled. The cost of this will depend on the individual centre you're visiting.

While we're certainly intrigued and excited at the prospect of officially supported RAW video output from a consumer camera, we do find it interesting that Nikon has announced this just hours before Panasonic is due to release more information on the S1H.

If the S1H does support RAW video output, Nikon will have conveniently pipped Panasonic to the post for being the first consumer camera to do so. However, if the S1H doesn't, could this be a potential egg-on-face moment for Panasonic and its big video-focused release?

Readers with good memories will remember that this isn't the first time that the Panasonic S1H has had its thunder stolen – Blackmagic Design released the first 6K consumer camera just a few months after Panasonic first announced the S1H's development.

However, no matter what happens with the S1H, we're certainly excited to see RAW video output for the Z6 and Z7.