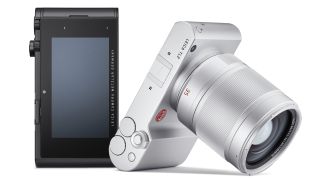 Leica has spent the last few years bashing out some particularly handsome cameras, and today it's broadened its line of mirrrorless offerings with the announcement of the TL2.

The Leica TL2 arrives just eight months after the TL model, which followed the original Leica T that landed in 2014.

The new model boasts a revised, but largely similar, design to its predecessor, with a sleek and minimal aluminium shell and operation largely taking place through the camera's 3.7in, 1.23million-dot touchscreen.

On the inside, however, the company has replaced the TL's 16MP APS-C sensor with a more up-to-date 24MP version, with recording to a choice of DNG (Raw) and JPEG formats.

It's also boosted video recording from the TL's Full HD option to 4K UHD video capture, with recording up to 30p, and now offers up to 20fps burst shooting when using its electronic shutter. Otherwise, busts shooting takes place at a maximum 7fps.

In addition to support for SDHC and SDXC cards up to UHS-I, the model also comes with 32GB of internal storage. The camera is also primed with Wi-Fi and has been designed with a USB 3.0 port for speedy data transfer.

Other changes are said to include faster start-up and focusing times, as well as cosmetic and interface tweaks.

The camera is already available to order at a cool £1700 for the body only.