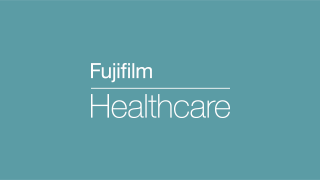 Fujifilm is leading the charge in the battle against the COVID-19 outbreak, as one of the drugs created by its medical division has been found to be successful in treating the virus.

In fact, so successful is Fujifilm's medicine that the Chinese government has officially recommended its use in its response to the ongoing coronavirus pandemic. This comes following the Japanese government's use of the treatment some weeks ago.

The drug in question is Avigan, also known as favipiravir – an experimental antiviral used to treat RNA viruses, which has shown efficacy against influenza derivatives, yellow fever, foot-and-mouth disease and numerous others. It has also showed an effect against Ebola and Zika virus, and recent clinical trials have demonstrated efficacy against novel coronavirus.

“It has a high degree of safety and is clearly effective in treatment,” said Zhang Xinmin, an official at China’s science and technology ministry. According to The Guardian, trials had "produced encouraging outcomes in clinical trials in Wuhan and Shenzhen involving 340 patients."

As reported by China's public broadcaster NHK, patients in Shenzhen who received the drug tested negative for coronavirus after a median of four days following a positive test, while those not treated with the drug experience a median of 11 days. Similarly, x-rays revealed improvements in lung condition of around 91% of patients using the drug, compared to 62% for those not receiving it.

There is a caveat, however; while the medicine is useful in treatment of moderate symptoms, the Japanese government has found it less effective against more severe cases. “We’ve given Avigan to 70 to 80 people, but it doesn’t seem to work that well when the virus has already multiplied,” said a Japanese Health Ministry source.

Either way, any progress is good progress at this stage – and now it's a case of waiting for the drug to receive government approval for COVID-19 use. And while most companies are watching shares plummet amid the current stock market crash, Fujifilm saw a 15% surge following the news.

Hopefully, for all of us, these signs of recovery are the start of a page being turned.

Photokina 2020 is cancelled due to coronavirus
Photo London is postponed until autumn due to COVID-19
The best Fujifilm cameras in 2020: from X-mount mirrorless to GFX medium format