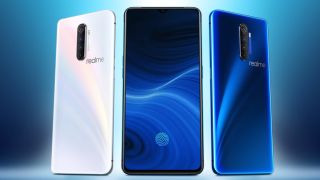 Realme, the Chinese phone manufacturer has launched a 64MP camera phone, the X2 Pro, proving that the megapixel race really isn’t over - or, is it? By combining many pixels into one, the phone actually produces 16MP images, a technique we’ve seen before in devices like the Honor 20 Pro and OnePlus 7T.

That said, while in the past, 48MP resolution has processed to create 12MP images, this is the first example of Samsung’s new 64MP sensor we’ve seen hit the shelves, and the rest of the phone impresses too, making this a contender for one of the best camera phones.

If you haven’t heard of the brand, don’t be too hard on yourself. Despite having launched an excellent, affordable budget phone in the UK in early 2019, the Realme 3 Pro, this is its first big flagship-grade splash.

What about the X2 Pro?

The Realme X2 Pro is a big-screened smartphone with a high-resolution quad-camera setup around the back, a large, 4000mAh battery and premium glass and metal design.

The phone’s Super AMOLED display is loaded up with 90Hz smoothness, just like the OnePlus 7T Pro, as well as HDR10+ tech and FullHD+ resolution, delivering a pixel density of 405 pixels-per-inch - similar to that of the iPhone 8 Plus.

There’s plenty going on under the hood too, with a class-leading Snapdragon 855 processor combined with a starting spec of 6GB RAM, climbing all the way up to 12GB. Meanwhile, the storage capacity begins at 64GB and maxes out at 256GB.

Its battery is also large at 4000mAh, but more impressive is its 50W fast charging, filling it up by 100% in just 30 minutes, according to Realme.

The 64 million pixel elephant in the room

By combining multiple pixels into one, the primary 64MP camera on the Realme XT2 Pro is able to deliver resolution, well managed dynamic range and decent noise handling - or at least that’s the theory. Taking on Sony’s popular IMX586 sensor, Samsung is hoping to eke some market share away from the Japanese tech giant, who’s mobile sensor division dominates with a 50% revenue share, according to Strategy Analytics.

The pixel-tastic 1/1.7” sensor is combined with an f/1.8 lens and PDAF as well as three other cameras, a 13MP telephoto camera with a roughly 2x optical zoom, an 8MP ultrawide camera that captures with a 13mm focal length, and a 2MP depth sensor.

Able to shoot 4K video at up to 60fps, or slow motion at up to 720p, 960fps, its video credentials look impressive, though the lack of OIS might hurt its performance in this regard, and when capturing photos at night too.

Undercutting OnePlus’s excellent 2019 line and virtually everything else out there, we can’t wait to see if the promise of all these pixels and specs lives up to the hype when we get the phone in for review - watch this 64MP space.