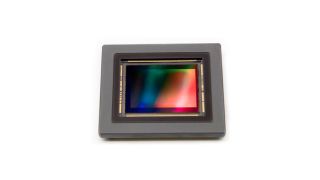 Like its rival, Sony, Canon is a major producer of imaging sensors, and the development of three new sensors has been announced, albeit nothing that photographers are going to see at the heart of their next camera.

That said, there's often a lot of cross-over when it comes to technology, so photo enthusiasts shouldn't necessarily dismiss this tech out of hand.

First up is the new 3U3MRXSAAC, a 2.8-megapixel (1936 x 1456 resolution), 1/2.32-inch (7.75 mm) CMOS sensor ideal for HDR imaging, and purpose-designed to function in difficult lighting and harsh environment, It will be equipped with an HDR drive function that can achieve a wide range of 120 dB at low noise levels.

In other words, even in environments with a very wide dynamic range, the sensor will demonstrate a greater ability to record usable information.

During normal drive operation, the sensor offers a dynamic range of 75dB, greater than the sensors on many conventional digital cameras.

Imaging sensors typically struggle in higher temperatures, with their ability to record low-noise images impacted by heat. The 3U3MRXSAAC CMOS sensor will be functional in temperatures ranging from -40 degrees Celsius to 105 degrees Celsius.

Next is the 120MXSI sensor, which would seem to be closely related to the 120MXS CMOS sensor. So-called because of its 120-megapixel resolution, it's designed primarily for applications such as machine vision, security, robotics, precision agriculture and healthcare.

This sensor is capable of simultaneous and discrete image capture in both the visible and near-infrared spectrums at a maximum frame rate of 9.4 frames per second.

Lastly, the 35MMFHDXSMA sensor is designed to capture monochrome imagery in extreme low-light conditions, situations too dark for the human eye to be able to see.

By removing the 35MMFHDXSCA sensor's color array, it's possible to double the sensitivity of the sensor. The 35MMFHDXSMA sensor is designed for astrological observation, natural disaster monitoring, security and object detection, molecular and cell biology, and industrial vision.