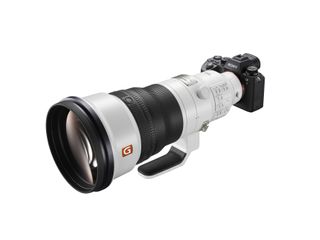 According to rumors, Sony are set to announce its longest telephoto lens for the Sony E-mount next week. The supertelephoto 600mm prime will be aimed at professional sports and wildlife photographers - and will work with its A9 and A7 full-frame mirrorless cameras.

Sony launched its FE 400mm f/2.8 GM last year – and we would expect the FE 600mm f/4 GM OSS to look much the same, and have similar features. It would just be longer, heavier, and that much more expensive.

Rumor site Sonyalpharumors reckons the lens will be announced on Monday, alongside the Sony 200-600mm G OSS f/5.6-6.3 FE which we were already expecting to be launched in the next few days.

With the Womens World Cup starting today, and the Olympics taking place in Tokyo next year, it is little surprise that Sony will want to cater as comprehensively as possible with the professionals that have converted to using the high-speed pro-spec Sony A9 camera. And a fast-aperture 600mm lens is just the lens that you will find being lugged around the big stadiums and headline sporting events - allowing photographers to get in close to the action, and blur the background.