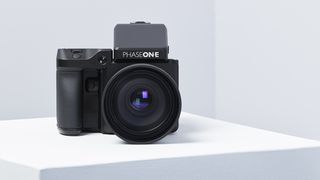 With more and more DSLRs, and even mirrorless cameras, boasting sensors around the 50MP mark, some photographers have remarked on the “approaching medium format” quality of modern 35mm-equivalents.

Well, Phase One has just drawn a line in the sand with its announcement of three new IQ4 medium format Camera Systems – two of which boast gargantuan 150MP sensors, along with gargantuan price tags.

On top of the raw horsepower, though, the new Camera Systems also boast ‘Capture One Inside’. Essentially, the core of the Capture One editing software has been integrated directly into the new IQ4 models, which are built on the new and expandable Infinity Platform.

This enables a new degree of in-camera editing that was previously only possible using Capture One on a computer. On top of improved processing, live view and frame rates, the IQ4 also features Wireless, USB-C and ethernet tethering – it’s now possible to directly interface with all manner of hard drives, NAS storage and network solutions.

Whether you’d rather own a Jaguar F-Type for the same money, or even a dozen fully kitted Nikon Z7s, is another matter. There’s no arguing, though, that the IQ4 is the new king in terms of megapixel muscle and is the premier professional tool.

Read more: The 10 best cameras for professionals in 2018