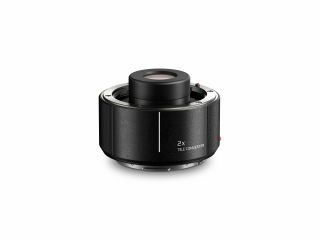 In addition to launching the new Lumix S1H, Panasonic has also announced the latest additions to its L-mount lens roadmap in the shape of a pair of teleconverters. The 1.4x and 2x converters will work with all three of Panasonic's full-frame mirrorless cameras, the S1, the S1R  and the S1H.

Both converters can be attached to the Lumix S PRO 70-200mm F4 O.I.S.  enabling use as a super telephoto lens with its extended zoom range up to a maximum of 400mm with full autofocus. The dust and splash-resistant designs withstand use under harsh conditions even in -10 degrees Celsius.

Both teleconverters DMW-STC14 and DMW-STC20 will also be compatible with the upcoming 70-200mm F2.8 S Series lens, which will be available later this year