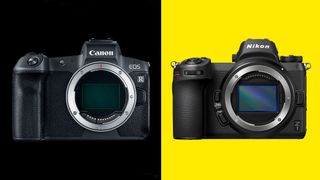 When the playground rivalry between Canon and Nikon moved up to the sixth form, as both companies released their full-frame mirrorless cameras, the industry was eager to see who would establish dominance.

Well, the first official sales figures are in from Japan – and it's first blood for Canon. According to sales data from BCN Retail, the Canon EOS R has sold around twice as many units as the Nikon Z7 –  and is even outselling each of Sony's models.

The report (hat tip to Canon Watch) paints a fascinating picture. Until Canon and Nikon entered the fray, Sony enjoyed a 99.5% share of the full-frame mirrorless market (the other 0.5% belonging to Leica).

Now that the big boys have arrived, Sony's share has dropped to 67%. The Nikon Z7 grabbed 10.4%, while the Canon EOS R stole a whopping 22.1% of Sony's lunch money – impressive, considering that it only came out in October, while Nikon's camera was released in September.

More alarming for the previous ruler of the playground is that the EOS R is outselling the Sony A7III and the Sony A7RIII, which are widely considered the "best" full-frame mirrorless bodies (while the EOS R famously has many limitations).

Where does this leave Panasonic, set to enter the full-frame mirrorless market in 2019? And where does it leave the APS-C and micro four-thirds formats, both of which saw big sales dips (particularly the latter)? The mirrorless war may soon claim its first casualties…

The best mirrorless cameras in 2018

The best Black Friday mirrorless camera deals in 2018: how to find the lowest prices this year