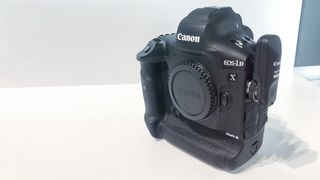 Even though the Canon 1DX Mark III has been announced, there are still a few specs that haven't been released yet. While details such as price and megapixel count still remain mysterious, there have been a few tantalizing tidbits of information rattling around the internet recently that paint a very interesting picture of the Canon 1DX Mark III.

With the 2020 Olympics sprinting into view, we're gearing up for a very exciting time in the camera world. The Nikon D6 has been officially announced (although there's not much more information on it other than it does indeed exist) and the Sony A9 Mark II has recently been launched to muted, but positive fanfare. However, many pro photographers are eagerly awaiting the arrival of the Canon 1DX Mark III - and with good reason…

Website Canon Rumors recently published some exciting rumors that point towards the Canon 1DX Mark III being the best 1 series DSLR yet. An anonymous source that has clearly been able to play around with the camera itself has provided some particularly enticing details.

One of the most interesting reveals is that the AF-ON trackpad is "innovative, works fast, and is very precise". What precisely this means isn't 100% clear. We already knew that Canon had touted "New AF point selection control" as part of their already-released specs for the Canon 1DX Mark III. However, there doesn't seem to be any official information as to what exactly this consists of. We assume that it will be similar to the touchpad AF pioneered by Panasonic and demonstrated in this video.

Considering the somewhat lukewarm reaction to the M-fn bar on the Canon EOS R, photographers would be forgiven for being skeptical about this technology. However, Canon Rumor's source says that "it's a real revolution. Nobody will be using the old joystick."

Some of the other interesting details include the battery life being "nothing short of amazing, better than the 1DX Mark II". Additionally, the silent shutter mode in Live View is also apparently completely silent and the Eye AF works "incredibly well".

Lastly, while this anonymous source wasn't able to provide any concrete information about the Canon EOS 1DX Mark III's megapixel count, they did say something quite interesting. According to them, "it was impossible to find out [the megapixel count] at the time, Canon may be testing different resolutions right now."

While we may have to wait to find out the Canon 1DX Mark III's complete specifications, at least we can rest assured that when it finally arrives it's going to make a big splash in the camera world. Until then, we'll be keeping a keen eye out for any more exciting rumors.