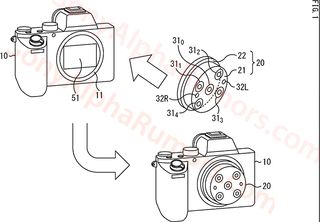 This Sony lens uses revolutionary technology to allow you to adjust the focus in post-production – but will the patent ever see the light of day?

In late 2017, the camera that promised to change the landscape of photography finally arrived – the Light L16. Produced by an unknown tech company, this camera had 16 built-in lenses that it used to capture an image where you could control the depth-of-field in post-production. Unfortunately, the idea was somewhat better than the execution, and after the initial excitement the Light L16 faded from our collective memories. However, last year Sony announced a joint partnership with the company behind this curious little camera – and now we might be seeing the fruits of their collaboration.

A new patent has been spotted that appears to make use of Light's technology, showing a E-mount Light Field lens that is designed to create multiple images on a camera's sensor that can then be combined to produce a Light Field image.

As reported by rumor website Sony Alpha Rumors, this means that you would then have complete depth-of-field control over your photo. You would also be able to select what you want to be in focus after you've taken the image.

This would certainly be a complicated piece of technology – and if we've learned anything from the Light L16, it's that even the two years between the 2015 camera announcement and the 2017 release date wasn't enough time to allow Light to iron out all of the kinks.

However, Sony's technological expertise could be the missing ingredient to take this fascinating concept to the next level – if this proposed Sony lens ever gets past the patent stage. A finely-tuned Light L16-inspired Sony lens could revolutionize lens technology and birth an entirely new genre of lenses.

Best camera lens cleaners
Best telephoto lens in 2020: top zooms for your camera
Best 50mm lens in 2020: Which 'standard prime' is the right one for you?