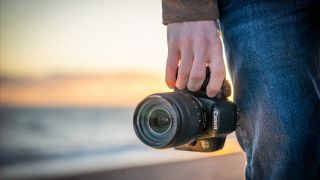 At long last, the eagerly anticipated Canon EOS Rebel T8i – which was announced five months ago – finally has some limited availability.

A number of cameras were affected by the current coronavirus outbreak, but none have been delayed as much as the Canon EOS Rebel T8i. Canon's newest DSLR was announced the day before Valentine's Day, but immediately was almost impossible to actually buy.

Indeed, the camera has been so hard to find that even we have yet to lay our eyes or hands on one – and we usually receive review samples from a separate allocation that's reserved specifically for the press.

Fast-forward to today and, while the camera is no longer as rare as a unicorn sighting (though some retailers are still awaiting stock with no ETA), the Rebel T8i is now  in stock at a number of outlets.

In the USA the camera is being listed as available by a number of sellers, though only with the 18-55mm kit lens; the body only option goes out of stock in the blink of an eye (even at Canon USA it reverted to "on backorder" as we were writing this article!). B&H are among the retailers that have the kit in stock:

Another key improvement is the addition of 4K video up to 25fps (along with 1080p up to 60fps), with 5-Axis Movie Digital IS for smooth, controlled footage. Now that it's finally becoming available, it should offer a worthy update for many DSLR users.

B&H is a US retailer that may ship to other regions. If you're looking to purchase this product from another country, please ensure you double-check shipping costs and availability, as well as compliance with local tax and import laws.