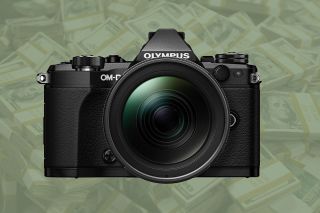 Meanwhile, the Olympus M5 Mark II also offers a 121-point autofocus system and a burst mode of 60fps with the AF and exposure locked to the first frame in the sequence. If you'd like to use continuous focus, you'll still have a very impressive 18fps to work with. This makes the M5 Mark II a very tempting proposition for sports and wildlife photographers.

However, you won't just be receiving the Olympus M5 Mark II in this fantastic camera deal. You'll also be receiving an M.Zuiko 12-40mm f/2.8 Pro lens as well, which is the equivalent of a 24-80mm focal range on a full frame sensor. With a constant aperture of f/2.8, this is a great kit lens to begin your Olympus journey with.

It might not be Black Friday yet, but there's certainly never a bad time to grab a great deal like this!