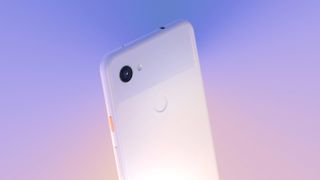 Google has officially confirmed two of the worst kept secrets in the history of smartphones, the Google Pixel 3a and Google Pixel 3a XL – mid-range versions of the company's flagship phones that are "designed to deliver premium features at a price people will love".

While they are decided downgrades from the flagships when it comes to a number of features (and materials), in terms of the all-important cameras these are still cutting-edge phones that blow away everything else at their price points.

Sure to contenders for a place on our best camera phone list, the 3a and XL boast the same Sony IMX363 12.2MP f/1.8 rear and 8MP f/1.8 front cameras as their older brothers – though sadly they lose the secondary, wide angle 8MP camera on the selfie side.

Similarly the new models lose the Pixel Visual Core processor, which does much of the computational work to make images really sing. Even without it, though, things like Portrait mode (on the front and rear cameras), Super Res Zoom with its computational photography, and the much-vaunted Night Sight mode are all present and correct.

Google is also shouting from the rooftops about Adaptive Battery, which employs machine learning to optimize power depending on how you use the phone for up to 30 hours on a single charge.

Alas, wireless charging has (understandably) been dropped from the 3a and XL, as the all-glass design has been replaced by a more cost-effective polycarbonate chassis on both phones – which is now available in a new color, Purple-ish, in addition to the standard Clearly White and Just Black.

Both phones boast a 64-bit Qualcomm Snapdragon 670 Octa-core processor with 4GB of RAM and 64GB storage. As you'd expect they support Wi-Fi, Bluetooth 5.0, NFC and Google Cast, and they possess a USB-C port.

The pleasant surprise, however, is that Google has reinstated the 3.5mm headphone jack, so you can once again go dongle-free when you want to listen to music or podcasts.

On the software side, Android 9 Pie is included with all the latest Google patches and security updates for three years – including Android Q this summer, if you really want to dive into the next generation.

There's also the flashy new addition to Google Maps, which now employs augmented reality to project directional arrows onto your screen as you point the camera at the streets you're walking – literally superimposing map directions onto the real world.