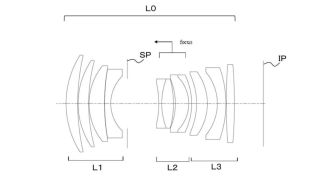 Since Canon launched its mirrorless RF mount in 2018, it's gone on to release a number of exquisitely designed lenses that have impressed photographers around the world. The only problem with Canon RF lenses? The fact that you might need to take out a second mortgage just to afford one. One of the worst offenders is the Canon RF 85mm f/1.2L USM, which currently costs around £2,799 / $2,699.

If you're a Canon mirrorless photographer, there's arguably nothing better for shooting portraits – even if the price does make your eyes water! However, it looks like Canon might be starting to develop a more affordable 85mm according to this new rumor.

Rumor website Canon News has reported that Canon has filed a patent application for an RF 85mm f/1.8. While this is a couple of stops slower than the Canon RF 85mm f/1.2, this very likely means that it will be significantly cheaper. This could make it a fantastic option for Canon photographers who want to dip their toes in mirrorless waters without worrying too much about the price tag.

In addition, while the Canon RF 85mm f/1.2L USM is undoubtedly a fantastic lens, in reality you might not actually find too much difference between shooting with a f/1.2 lens and a f/1.8 lens. While you do get a couple more stops of light, it might be worth asking yourself if you'll actually use them.

Canon News also reported that Canon are also developing an RF 100mm f/2.8 – and that both new pieces of glass might be also be macro lenses. However, it's likely that we'll have to wait a while to see these rumors come to fruition. We'll keep you up to date on any new developments.