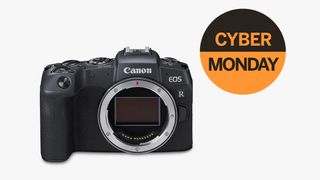 Black Friday is dead. Long live Cyber Monday! And, in particular, all the amazing Cyber Monday camera deals we've seen today. However, this Canon EOS RP deal definitely has to be one of our favorites.

You can buy the Canon EOS RP for the amazing price of just £749.97 down from its original price of £999.97 in this incredible deal. Capable of 4K Ultra HD video and sporting a 26.2MP sensor and 3" vari-angle touch screen, the Canon EOS RP is a fantastic camera for Canon users looking to make the switch over to mirrorless - or smartphone users curious about stepping up their photography game.