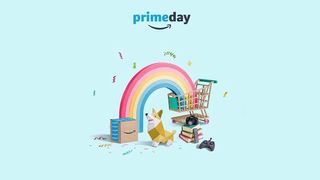 UPDATE: Amazon has confirmed that Prime Day will take place this year but has stopped short of revealing the exact date. However, it may not take place around the world at the same time as it usually does – India kicks off the deals avalanche on August 6, while reports point to an October date for other regions.

Amazon Prime Day is still a relatively new concept in Australia, with the annual sale event having started only in 2018. Despite that, it's become one of the most popular shopping events Down Under – a great time to pick up a bargain on a camera, drone or photography accessories.

Although Amazon Australia has just come away from hosting its own month-long mid-year sale to match the end-of-financial year offers from other major retailers, Prime Day is the online megastore's way of offering more mid-year bargains designed to reward its loyal customers.

We say 'mid-year' because it's usually held in July but, this year, reports have been suggesting that Prime Day 2020 will be postponed to much later in the year. It began with a Reuters report claiming the sale had been moved to August, but it was later reported that Prime Day will likely move to September 2020.

The latest report from CNBC, however, suggests Amazon is now planning on an October date – a further postponement due to the current Covid-19 crisis. The giant shopping company sent third-party sellers an email about preparing for October 5, indicating that is when we can expect the big sale. Delaying the mega deals beyond early October would mean the sale would be in danger of being too close to the build-up to Black Friday 2020 which, this year, falls on 27 November.

But if you were in any doubt that Prime Day 2020 might be cancelled outright, fear not. Amazon has confirmed the show will go on, but hasn't revealed a date yet. What we do know is that India is kicking things off early with Prime Day on August 6-7, so there's a chance different regions will see the Amazon's big sale arrive at different times.

The actual date is kept secret until a few weeks before, so we'll just have to wait for official word to be announced for when Amazon Prime Day 2020 in Australia will be.

Last year, Aussies were treated to a whopping 65 hours of Amazon shopping, and we so no reason why Amazon would not do the same again. Amazon Prime Day 2019 started on Monday 15 July 2019 and extended till the sale ended at midnight on the American East Coast on Tuesday 16 July (Pacific Time) – so around 5pm AEST July 17 in Australia.

What is Amazon Prime Day?

Get 30 days of Amazon Prime for free

Take advantage of all the Prime Day deals by signing up for Prime membership or 30-day free trial of Amazon Prime here:

And, until August 6, first-time Prime members will be able to score an Amazon Echo Dot (3rd gen) for just $10! Just sign up and you'll receive credits you can redeem for the Echo Dot – just add the smart speaker to your cart and head to checkout to get the device (usually AU$79) for a really low price.

Last year Amazon claimed to have sold 175 million items worldwide during the Amazon Prime Day sale... that's billions of dollars in sales. And the important thing is that can be a great way of getting a great camera deal and other bits of photographic kit.

Amazon Prime Day is an annual event, which started in 2015 as a way of celebrating Amazon's 20th birthday. The sale is open to anyone who is a member of the Amazon Prime service – that gives you a whole range of services, including Prime Video, Amazon Photos, priority shipping, and much more for a fixed monthly fee.

But it is worth remembering that there is a free 30-day trial for Amazon Prime – so if you sign up for that at the right moment (and cancel later) everyone can take advantage in Amazon Prime Day camera deals – and not have to pay the subscription fee. Amazon gains lots and lots of new Prime subscribers through Amazon Prime Day every year (there are currently over 150 million members worldwide).

Amazon Prime Day is not just about camera deals... there are offers on all kinds of photo accessories. Deals on memory cards, lenses, portable hard drives, drones, Wi-Fi security cameras, tablets, camcorders, doorbell cameras will also be found – and our team of experts will be hard at work hunting down the best buys and bringing you news on this page of the best Amazon Prime Day deals as we find them, whenever the 2020 sale actually happens.