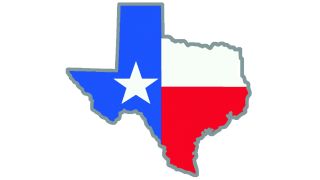 Copyright is an important and at times problematic topic for the majority of photographers in the modern world.

Earlier this year, we reported that 2.5 billion online images were stolen every day in 2018, and a recent ruling by the Court of Appeals for the First District of Texas has the potential to set a troubling precedent – one that could affect future copyright claims involving the use of photographer’s images by the state, at least in the United States.

The story begins with an image titled ‘The Cityscape’, captured by a Houston-based photographer by the name of Jim Olive.

The image in question, shot out of a helicopter, is a tricky sort of photo to capture, which made it all the more frustrating to find that the University of Houston and gone ahead and used it to promote its CT Bauer College of Business.

As most photographers would in such a situation, Olive protested and asked that the University pay him $16,000 for using the image and $25,000 in compensation for failing to credit him as the copyright holder.

While the University was happy to remove the image from its promotional activities, it wouldn’t pay anything close to the $41,000 Olive was asking for. Instead, he was offered just $2,500.

At this point, Olive could either accept the lower amount or sue. He opted for the latter, but the University insisted that the case should be dismissed, arguing that state government institutions are automatically exempt from a range of legal actions.

Though a lower court said that Olive could proceed with his lawsuit, the Court of Appeals for the First District of Texas intervened to say that “there probably is not good reason to conclude automatically that the copyright has been ‘taken’.”

The Copyright Remedy Clarification Act (CRCA) was supposed to remove state institutions from immunity of this kind, but appeal courts such as the Court of Appeals for the First District of Texas often refuse to recognize it.

"UH has great respect for artistic talent and federal copyright protections and has routinely paid, and will continue to pay, market value for images provided by artists and professional photographers," Mike Rosen, executive director of media relations, told the Houston Chronicle.

However, Olive – who has been ordered by the court to pay the university's legal fees – obviously sees things differently. "It just doesn't seem fair to me… With this, they can just run rampant over copyright and take intellectual property with impunity."

SmartFrame says it can protect your images and track engagement too
2.5 billion online images stolen every day in 2018
Flickr and Pixsy announce partnership to combat image theft