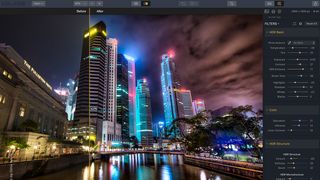 Skylum Software, the company formerly known as Macphun, has announced an update to its Aurora HDR program.

Windows users will also receive the same batch processing tool that has been available to Mac users up until now, as well as a refreshed interface, the ability to rename layers, histogram functionality and a flip/rotate tool among other things.

The update also provides compatibility with the new Loupedeck+ console, which was also announced today. Support has also been added for a range of new cameras, namely:

Head to the Skylum website to find out more.