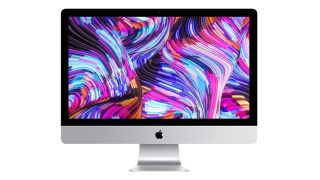 Welcome to our guide to the best desktop computers for photo editing in 2019.  On this page you’ll find our list of the best ready-built PCs that offer you the power and flexibility to edit your photos, and for a range of budgets.

While many photographers prefer to use the best photo-editing laptops 2019 has to offer, there are plenty of reasons why you’d want to get a desktop computer instead.

Sure, they don’t offer the simplicity or portability of a laptop, but the best desktop computer for photo editing can offer a level of power – and customisation – that laptop users can only dream of.

The best desktop computers for photographers are usually a fair bit cheaper than laptops, which means if raw performance is what you’re after, rather than something you can carry around with you, then a desktop PC is definitely the way to go.

Most desktop PCs also allow you to open them up and upgrade the components inside. While you might not be too interested in fiddling about inside a PC, it does mean you can gradually upgrade your desktop PC over time to keep it up to date, should you wish. This is a far more cost-effective way of keeping your machine feeling sprightly – as opposed to buying a whole new laptop every few years.

The best desktop computers: What to look for

The size of a desktop PC also means manufacturers can fit in more powerful components than you’d usually find in a laptop. That means if you want to, you can get a desktop PC with a discrete graphics card (rather than an integrated one), which is useful if you’re doing very intensive editing – including video editing.

Desktop PCs with lots of RAM and a multi-core processor are great for multitasking. If you like to have multiple apps open at once, then keep an eye out for 4, 6 or 8 core processors.

Many PC manufacturers offer a range of customisation options anyway, which means you can tweak things such as processor power, graphics cards and storage space to suit your needs.

Should I pick an all-in-one computer?

As well as traditional tower desktop computers, there are also all-in-one computers available. These have all the components built into a screen, and there are a number of advantages to this. First of all, they are stylish and space saving, as you do not need to have a big beige box sitting on your desk – just the screen and a mouse and keyboard.

As the PC is built into the screen, it means you don’t need to buy a monitor separately either, which can save money. Plus, with PC components getting thinner and more powerful than ever, all-in-one PCs can be just as accomplished at photo editing as traditional computers.

There are a few downsides you need to consider, however. First, is that they can’t be easily upgraded like traditional PCs, as the components are usually specially designed to be fitted behind the screen – much like a laptop. They can also be more expensive – and you'll have to consider the screen quality as part of your purchase, rather than being able to take your pick from the best monitors for photographers. Still, they are worth considering, so we’ve included a few all-in-ones in this list of the best desktop computers for photographers.

Apple has finally updated its Mac Mini, and the tiny PC is now better than ever – and that means it’s our pick for the best desktop computer for photographers overall. It’s got a new 6-core processor from Intel, it supports up to 64GB of RAM and the Intel-integrated UHD Graphics 630 is perfectly capable of editing photos. If you need a bit more oomph, you can plug in an external graphics card via Thunderbolt. So, it’s certainly powerful, and it’s also kept its slimline design that means it doesn’t take up much space on your desk.

If you’re looking for a cheap desktop PC for working on your photographs, then the Acer XC-885 is a great budget pick. Despite its low cost, it packs some decent specs, including a 6-core Intel Core i5 processor and 8GB of RAM. It comes in a slimline design that won't dominate your desk space. You can still open it up and upgrade it when needed (it supports up to 32GB of RAM, for example), and it even features a built-in SD memory card reader. However, there’s no integrated graphics and there’s only 1TB of hard drive space – although it’s worth bearing in mind that these can always be added later.

A great compromise between price and power

The HP Pavilion 690-0011na is another great affordable desktop computer for photographers that does a great job of balancing price and features. You get a six-core Intel processor, 8GB of RAM (plus fast Intel Optane memory for better performance) and an Nvidia GeForce GTX 1050 graphics card, making it great little desktop PC for photo and video editing compared to PCs with integrated graphics only. It also comes with a multi-card memory card reader, which makes it quick and easy to get your photos off your camera. The only real downside is that the 1TB hard drive could quickly fill up.

If you’re looking for the best all-in-one desktop PC for photographers, then Apple has you covered with the latest 27-inch iMac. It comes with the latest tech, including 9th-generation Intel processors, powerful discrete graphics and plenty of RAM. You also get a decent choice of storage options – though the 2TB SSD option is very pricey. Best of all, the built-in screen is simply stunning with a Retina 5K (5,120 x 2,880) resolution. Apple is very popular with creatives for a good reason, and its macOS software is compatible with the biggest names in photo editing.

A great Windows alternative to the iMac

If you like the idea of a stylish and powerful all-in-one PC, but you don’t want to use an Apple product like the iMac, then the Microsoft Surface Studio 2 is a brilliant choice. It’s stylishly designed and comes with some excellent components that make it a great bit of hardware for photographers. Its screen is touch-capable, which gives you more options for interacting with it, and it runs Windows 10. However, it is expensive. Very expensive.

A small and compact desktop PC

If you’re looking for a cheap yet stylish desktop PC for editing photos on and don’t mind using slightly older tech, then take a look at the HP Pavilion Wave. It packs in 6th-generation Intel Core processors and optional discrete AMD graphics, and it also has an integrated speaker from audio experts Bang & Olufsen. OK, that’s not the most important consideration, but if you like to play music in your studio while working on your photos, it’s quite a cool addition.

Next on our list of the best computers for photographers is the Intel Hades Canyon NUC. Intel’s NUC devices are small yet powerful PCs that pack enough power to edit photos on, while also being tiny enough to hide away and not take up too much space on a desk. Part of their appeal is that they are barebones machines, which means you need to add RAM and a hard drive yourself. This makes them flexible (you can add the amount of storage space and memory you need) and affordable (you can shop around for the best prices for those components). You’ll need to install Windows 10 separately, and while installing the RAM and hard drive is pretty straightforward, it might be a bit too fiddly for some people.

The ultimate desktop PC for photographers

The Corsair One i160 is one of the most powerful desktop PCs in the world, so if you want a workstation that can handle the most demanding of tasks, while being completely future-proof, then this is worth considering – if you have the budget. While it is technically a gaming PC, it also makes a brilliant PC for photographers thanks to some of the most cutting edge components on the market, including Nvidia’s flagship RTX graphics cards and super-fast M.2 SSD. If you work with heavy duty files then this will load and render them in a flash. However it is very expensive – and for most people will probably be overkill. But if you want the ultimate desktop PC – this is hard to beat.

The best monitors for photographers in 2019